Despite moving from convention halls to a stadium in New Delhi, Xiaomi faced ugly scenes at the launch event on Thursday with its consciously-built Mi fan base turning violent at the event that forced police entry to control them.

The invited fans for the launch of Mi fans turned up in huge numbers as expected when the Chinese maker Xiaomi’s India head Manu Jain saw literally angry fans ready to play down their patronisation for the brand shouting “Xiaomi hai hai” and raising slogans deploring Xiaomi and its top honchos.

When Madhu Jain tried to calm them down, the fans demanded their friends who were not allowed be let in and demanded that they too receive the t-shirts as other fans did.

The tense moments slowed down partially when Madu Jain apologised for not expecting such huge crowds and assured that all Mi fans would be given t-shirts “if not today, then at a later stage”. Soon, Delhi Police entered the venue and tried to appeal the fans to remain calm so the event could kick off. Then Xiaomi Global VP Hugo Barra hurriedly launched the MIUI 8 and Xiaomi Mi Max phone followed by Jai Mani, Lead Product Manager of Xiaomi India giving assurance to all the fans that they could collect t-shirts from him later and even gave away his mobile number to them.

The Xiaomi Mi Max has a large screen measuring 6.44-inch with a display resolution of 1,080×1,920 pixels, powered by a Qualcomm Snapdragon 650 processor, which is a cheaper variant. It runs on Android 6.0 Marshmallow based MIUI 8. 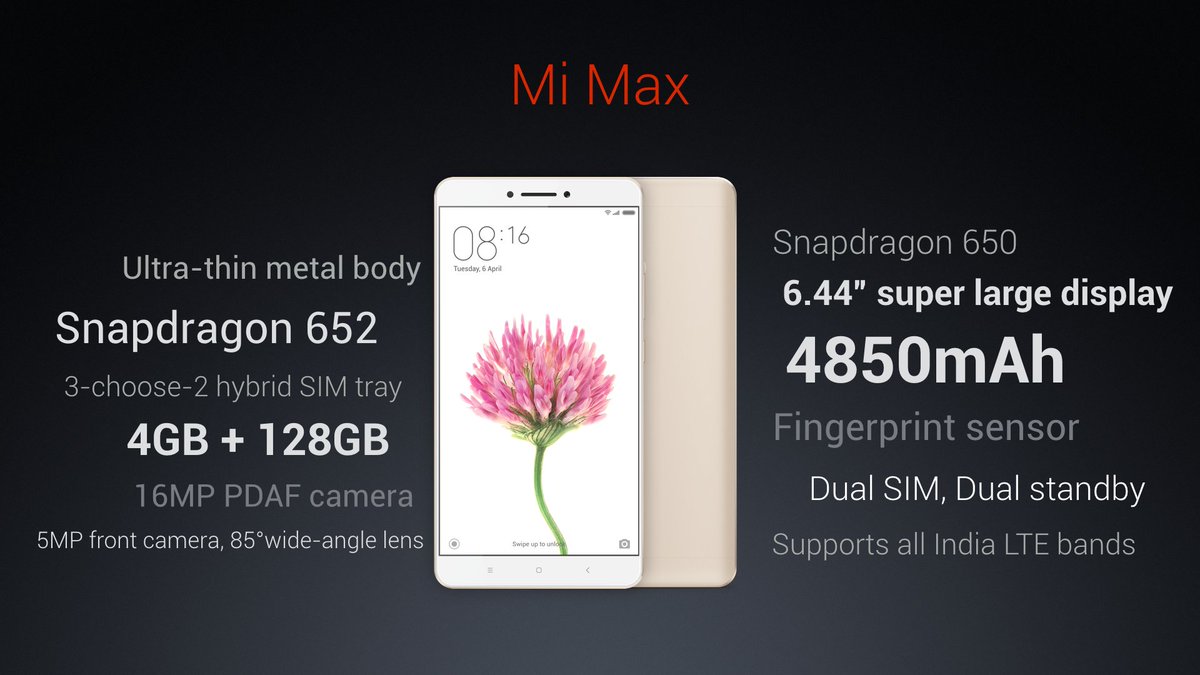