Xiaomi has never surprised whenever it released its new products and the official launch of Mi 4i in New Delhi on Thursday priced in the budget range of Rs.12,999 is no brow-riaser either.

The new xiaomi Mi 4i pre-registration has been opened on Flipkart and soon will be available on Xiaomi’s own website mi.com/in, Amazon and snapdeal.

The prominent features of Mi 4i are different from its stable Mi 4 in terms of its display and price, making it essentially suitable for flash sale than targeted high-end sale.

The Mi 4i’s 5-inch HD display sports a pixel density of up to 441ppi, besides a higher color saturation than iPhone 6 with a laminated OGS. Significantly, it comes with Sunlight Display mode using technology that allows dynamic tone mapping or keeping the image quality balanced in bright sunlight.

Fitted with a 64-bit Snapdragon 615 processor, Mi 4i comes with 4 performance cores at 1.7 GHz and another four power saving cores at 1.1GHz, designed by Qualcomm India. Besides a 2Gb ram, it sports 16GB memory storage capacity, bot no expanable micro SD slot.

The 13MP camera on the rear with f/2.0 aperture and dual rone flash also acts as a torch and flash with improved HDR feature. Its front camera has 5MP lens with tools like wrinkle remover, skin smoothening and a timer that fits all the selfie-lovers’ wish list.

With dual micro-SIM, the Mi 4i runs on Android Lollipop 5.0 and using MI UI 6 for interface, besides using Visual IVR to bypass long IVR calls with preset options. Another significant feature of the Mi4i is its support in 6 major Indian languages — Hindi, Bengali, Kannada, Malayalam, Telugu and Tamil.

On connectivity front, the Mi4i is not ditantly different from the Mi 4 with Bluetooth 4.1, 802.11ac, GPS/Glonass, Wi-Fi Direct and USB on-the-go. With a 3120 mAh battery, Xiaomi did not compromise on battery pack despite lowering the price from Mi 4.

Further, the device comes with a soft matte touch back cover and anti-grease coating. One can opt for Mi Band that was launched at the event priced at Rs.999, which is water-resistant and a souvenir-like for Mi fans. Only 1,000 units priced at Re.1 will go to those on first-come-first-serve basis.

To achieve flagship status, a phone must have more than a 1080p resolution. Instead, the Mi 4i comes with a 12.7 cm (5) Sharp / JDI display, with up to 95% of colors from the NTSC palette. It is also powered by an octa-core Qualcomm Snapdragon 615 processor and comes with a 13MP Sony/Samsung camera to capture candid moments on the go, claims the company.

The Mi 4i has a 12.7cm (5) Sharp / JDI display which employs a range of colors that use full lamination technology for better contrasts. It also uses a hardware-level technology to improve readability in sunlight and is also protected by a Corning OGS glass, which makes it resilient against scratches and damage, highlights the company about Mi4i.

Powered by a 64-bit, 2nd Gen Qualcomm Snapdragon 615 octa-core processor, the Mi 4i is not only the leader for quality smartphones, but also the benchmark for extreme performance. It has 4 performance cores clocking at 1.7 GHz and 4 power-saving cores at 1.1 GHz to ensure quicker multitasking between applications. 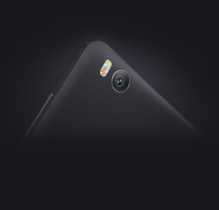 This smartphone comes with a 13MP Sony/Samsung camera which is great for taking images on the move. It comes with an f/2.0 aperture and innovative technologies to adapt to all types of situations. It has a two-tone flash which assesses the room’s color temperature to replicate natural lighting. 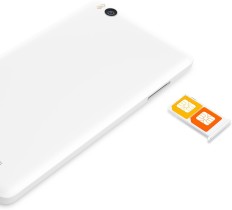 The Mi 4i comes with two 4G SIM slots so you connect to 4G LTE networks all the time. The phone supports up to 16 LTE bands for ultra-fast internet connectivity.

Browse websites, stream videos and download files on the Mi 4i as it connects to 802.11 ac networks which are faster than 802.11 b/g/n speeds. It also has Dual band 2.4 GHz and 5 GHz Wi-Fi which delivers faster, stable connections that are perfect of HD video streaming or downloading large files. 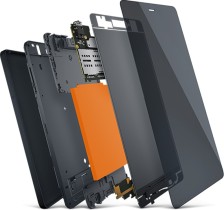