Why BJP Lost Delhi? Bedi or No Bedi, defeat was destined

It will be too tempting to solely blame it all on Kiran Bedi, the BJP’s chief ministerial candidate, for the party’s humiliating rout in Delhi. Nothing can be farther from the truth.

The Bharatiya Janata Party (BJP) will be committing a blunder if it does not accept the larger ugly reality that the main culprit for the colossal loss is the party’s leadership. Just how much of the blame should go to Prime Minister Narendra Modi and how much to BJP president Amit Shah is a matter of perception.

Bedi was a rank outsider to the BJP and, until a few years ago, as part of the Anna Hazare movement, used to publicly attack it and the Congress. But the former police officer did not barge into the party. It were Modi and Shah who, in their wisdom, picked her to lead the BJP in Delhi assuming she will be the antidote to Arvind Kejriwal, her former friend. 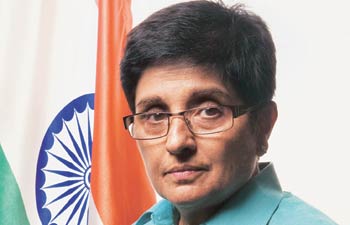 That decision was the first undeclared admission that the pre-Bedi BJP in Delhi was not equipped to take on the Aam Aadmi Party (AAP). This led to tremendous heartburn in the BJP whose local leaders were not consulted. This was also the reason why Satish Upadhyay, president of the BJP’s Delhi unit, refused to contest the election. Veterans who had been with the BJP felt slighted.

By her utterances and conduct, Bedi didn’t help matters. Too quickly she rubbed senior BJP leaders the wrong way, ensuring their silent animosity, eventually leading to her own defeat.

But going by the swing in favour of the AAP, the BJP would still not have won. In other words, Bedi or no Bedi, the BJP would have lost. The reason is that the BJP, which, including its earlier Jana Sangh incarnation, has existed in Delhi since the early 1950s, lost the plot months before the Delhi election.

Some factors have been widely commented upon. There are others too.

When Modi became the prime minister in May 2014, there were widespread expectations that there would be definitive changes in people’s lives. This did not happen.

In contrast, when Kejriwal was chief minister for 49 days in 2013-14, day-to-day bribery virtually disappeared in Delhi and both power as well as water bills were slashed. After Kejriwal resigned, day-to-day ‘hafta’ (payoffs to police and corporation officials to run small businesses, particularly street-vending) returned with a vengeance.

As chief minister of Gujarat, Modi at one point reined in Hindutva extremists. When he ordered illegal religious shrines demolished, he did not spare Hindu temples. The Hindu rightwing was furious.

But when BJP and Hindutva leaders spoke of ‘Love Jehad’ and ‘Ghar Wapsi’ and when churches in Delhi were attacked, Modi was silent. This alienated minorities for sure and also those liberals who had come to accept Modi.

Modi is enforcing discipline among government staff. This is welcome. But many complain that the electronic machines meant to mark attendance are few in number or some do not work, leading to long queues. Some who queue up at 5 p.m. get to punch their way out only at 6! Will they vote for the BJP – even if they did that in the Lok Sabha election?

The removal of Harsh Vardhan as health minister in the Modi cabinet triggered resentment in the medical community as most doctors saw him as one of their own. This was one reason why numerous doctors and nurses in Delhi voted for the AAP.

It is a mystery why the BJP fielded Congress and AAP turncoats like M.S. Dhir, Binod Kumar Binny and Krishna Tirath in areas where BJP has plenty of dedicated activists. The BJP did that in May 2014 but dissidence then was curbed because of the ‘Modi Wave’. That wave was absent in Delhi.

Most important, people in general were put off by the kind of negative campaign the BJP and its leaders, Modi included, launched against Kejriwal. Few appreciated Modi’s decision to flaunt an expensive suit when Barack Obama visited India. The “chai wala” they voted for appeared to have changed.

Kejriwal and the AAP in turn came out as people who could be relied upon by the masses in Delhi, in particular the poor, low income families and the middle class. This perception destroyed the BJP.

The Delhi rout is a divine wake up call for Modi. Making Kiran Bedi the scapegoat won’t help – beyond a point.

Exit Poll Results Out; Akhilesh Next UP CM?