The US defense classified X-37B space plane woke up Florida residents when it touched down on Sunday at NASA’s Kennedy Space Center after a secret two-year mission.

The robust unmanned X-37B is huge as a mini space shuttle landed on the runway used by erstwhile space shuttles, said the US Air Force. 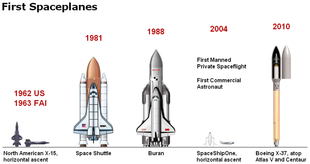 Built by Boeing, the plane was launched off Atlas 5 rocket by United Launch Alliance, a partnership between Lockheed Martin Corp and Boeing Co.

The Secure World Foundation, a nonprofit, said the X-37B could have been used to test intelligence-related hardware. The plane likely can move to a region of interest faster than a satellite can, in case of a global emergency like nuclear disaster.

However, the US Air Force said it was to “perform risk reduction, experimentation and concept-of-operations development for reusable space vehicle technologies.”

The space plane measures 29 feet (9 meters) long with a wingspan of 15 feet, almost one fourth of the size of the NASA’s retired space shuttles. Also known as Orbital Test Vehicle, it was first flown in April 2010 for 8 months.

The second mission launched in March 2011 was in orbit for 15 months, and the third one was in space for almost 22 months. The current fourth mission lasted for two years and the fifth X-37B mission will be launched later this year.

In 2011, Boeing announced plans for the next heavy X-37C spacecraft that would be between 165% and 180% of the size of the X-37B, allowing it to transport up to six astronauts inside a pressurized compartment.

Attempt for NEET Limited to 3; NEET-2017 to be Counted as First

Silica Aerogel: Will Siachen Woes End for Our Soldiers Now?