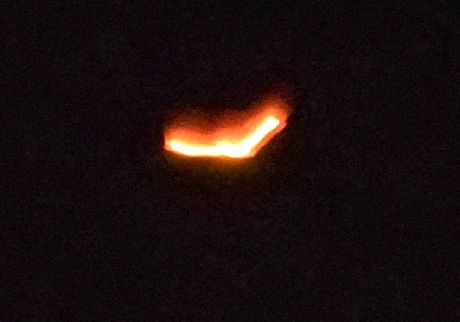 , an Australian commercial pilot captured an image of a mysterious in-flight object while flying over Caloundra in Queensland at about 8 pm in the night.

He said the appearance of the lights were similar to two Chinese lanterns getting higher in the south sky and heading east and a third one appeared like an orange glow and began moving in the other direction, said the unnamed commercial pilot, 30.

"We were looking for an identifier; a beacon or strobe light but there wasn’t any. I thought it had the characteristics of an object that could fly and I was curious as to what the lights were," he told Sunshine Coast Daily.

"I have heard of and seen many, many things in my career and have flown all over the world but nothing like this. I think it is fascinating… it has changed my mind that there could be something else out there," he said.

Many pilots who witness UFOs never come forward because of restrictions on the nature of their jobs.

Aliens Could be There in Globular Clusters 100-Light Years Away, Say US-India Researchers