Timeline of Amanda Knox Trial in Italy: A Saga That Gripped US for 8 Years 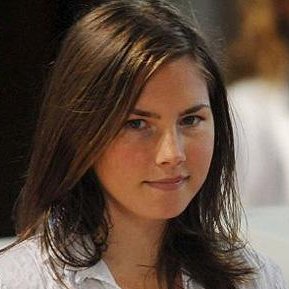 Amanda Knox, an American girl under trial in Italy, was finally relieved from the case after several ups and down in the case that would rival the O.J. Simpson murder trial.

Amanda Knox and her Italian boyfriend were arrested eight years ago, on charges of killing a British exchange student Meredith Kercher in their apartment floor in Perugia, Italy. They were convicted in 2009, declared innocent in 2011, re-convicted in 2013, declared innocent finally once and for all by Italy’s highest criminal court in March. Now finally, she has been released from the case.

“I will now begin the rest of my life with one of my goals being to help others who have been wrongfully accused,” she said.

Here’s a timeline of an unending saga of her trial since 2007:

Nov 2, 2007: Body of Meredith Kercher, 21, found in her apartment in Perugia, Italy.
Nov 6, 2007: Amanda Knox and her then-boyfriend Raffaele Sollecito, arrested. Later, Diya “Patrick” Lumumba, Congolese owner of pub where Knox worked part-time arrested on Knox confession.
Nov 20, 2007: Police find Lumumba was implicated falsely by Knox and release him.
Dec 6, 2007: Ivory Coast national Rudy Hermann Guede, on run in Germany brought back and implicated as prime suspect.
Oct 28, 2008: Italian court indicts Knox and Sollecito on murder and sexual assault charges and Guede, who was on a fast-track trial, convicted and sentenced to 30 years in prison.
Jan 16, 2009: Trial of Knox and Sollecito opens again in Perugia.
Mar 06, 2009: Patrick Lumumba sues Knox for false implication and serves defamation suit.
Dec 4, 2009: Italian Court convicts Knox for murder and sentences her to 26 years in prison. Sollecito is convicted of same charges and sentenced to 25 years.
Dec 22, 2009: Appeals court cuts down sentence to 16 years.
Nov 24, 2010: Appeals trial for Knox and Sollecito opens in Perugia.
Dec 16, 2010: Italy’s highest criminal court brings down Guede’s term to 16-years.
June 29, 2011: Appeals court orders independent forensic report on DNA evidence.
Oct 3, 2011: Knox and Sollecito cleared of Meredith Kercher’s murder. Knox asked to pay 22,000 euros in compensation to Diya “Patrick” Lumumba, for implicating him falsely in the case. Knox returns home.
Mar 26, 2013: Italy’s Supreme court orders retrial of Knox and Sollecito.
Jan 30, 2014: Knox and Sollecito lose their appeal and Knox sentenced to 28 and Sollecito to 25 years.
Jan 31, 2014: Knox’s parents say she will not return to Italy.
Feb 18, 2014: A recording of Knox being interrogated in Italian prison is released.
Apr 29, 2014: Florence court releases full report saying the fatal wound was dealt by Knox.
July 1, 2014: Sollecito in a press conference says “I am an innocent” and distances himself from Knox.
Sept. 8, 2015: Italy’s highest court clears Amanda Knox because there were “stunning flaws” in probe.

NASA’s Long Journey to Find Water on Mars Ends, What Next?