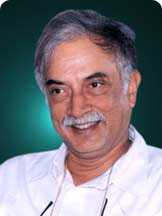 He was rushed to the hospital from his residence in Vizag at 7.45 a.m. with respiratory problem and all efforts to revive him have failed and he breathed his last at 8.30 a.m.

Ananda Gajapati Raju from Vijayanagaram’s erstwhile ruling clan entered politics in 1983 as Bhimunipatnam MLA and was a senior leader in Telugu Desam. He also served as minister in the NTR cabinet twice during his political career. He was also known for his association with more than 108 temples, including the Simhachalam Varahalakshmi Narasimha Swamy temple and Ramatheerthalu temple near Vizianagaram.

Elder son of erstwhile Vizianagaram Raja Saheb P.V.G. Raju, Ananda Gajapati Raju became chairman of MANSAS (Royal Trust) after his father’s demise and was involved in running several educational and other institutions. He was also a journalist The Hindu for some period.

He is survived by his wife Sudha and a daughter, who were at the hospital when he died. Several principals of colleges run by the MANSAS and temple ROs paid their respects to Anand’s body at the hospital.

Later the body was shifted to Vizianagaram Fort and the last rites would be performed on the bank of Peddacheruvu as per the royal family tradition, said family sources.