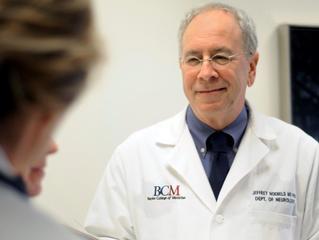 Epilepsy is an extremely common disorder affecting people of all ages, from infants through teenagers to older adults. One of the most mysterious things about this disorder is that about 6 percent of the people with epilepsy have an unusually high incidence of sudden unexpected death.

In a paper published today on theProceedings of the National Academy of Sciences, researchers from Baylor College of Medicine report how a mutation in a gene involved in the regulation of calcium inside brain cells can help trigger blackouts of the brainstem, the center that controls heartbeat and breathing, and increase the risk of sudden unexpected death.

“Sudden unexpected death in epilepsy – SUDEP – turns out to be the most common cause of premature death in people with epilepsy. It’s not accidents or suicide, it’s just this unexplained mortality,” said senior author Dr. Jeffrey L. Noebels, professor of neurology, neuroscience, and molecular and human genetics and director of the Blue Bird Circle Developmental Neurogenetics Laboratory at Baylor. “Most people with epilepsy live long lives and do not seem to have an increased risk of SUDEP. But there is a subset of people at additional risk. We have been looking for genes that cause epilepsy to see if any of them might give us a clue as to who might be at risk. Specifically, we have been looking at genes that might explain what appears to be a collapse of the cardiac and respiratory system after a seizure.”

In their years-long quest to understand the cellular and genetic mechanisms that may trigger SUDEP, Noebels and his colleagues have studied the genes that are involved in the heart beat. Some of these genes already are known to be related to sudden unexpected cardiac death.

“We wondered whether some of those same genes could also cause seizures if they were expressed in the brain and, if so, whether those genes would also place people with epilepsy at risk not only for having epilepsy but also an abnormal heart beat and risk of death,” said Noebels. “In our first experiments we found several genes that actually filled that description: they are expressed in the brain and the heart, and mutations of those genes cause an abnormal heart beat and epilepsy in mouse models.”

The researchers then found that these same genes carry an additional risk for a phenomenon called spreading depolarization, a slowly-progressing, temporary electrical blackout of a region in the brain. During a blackout, the brain cells in that area cease their activity until it is restored.

“Spreading depolarization is well known in people with migraine headaches,” said Noebels. “Many people with migraines have an aura or a sensation before they feel pain. If the blackout occurs in the visual cortex, the region of the brain that helps us see, then the person can suddenly go blind. If it occurs in the motor region of the brain, they become weak on one side of the body. And then they develop a terrible head pain. It’s called migraine aura. After 20 to 30 minutes, they recover their vision or their ability to move. Not all migraines have an aura.”

In 2015, Noebels and Dr. Isamu Aiba, a research fellow in neurology at Baylor, published a paper in Science Translational Medicine in which they described in a mouse model what would happen if spreading depolarization, the blackout of brain activity, occurred deep in the brainstem, which controls the heart beat and breathing.

“We worked with mice carrying genes that predisposed them to epilepsy and premature death. We found that, indeed, it’s much easier to trigger these blackouts experimentally in the brainstem of those mice, while in normal mice we could not trigger them at all,” said Noebels. “Mice could have seizures and nothing would happen, but then one seizure would finally trigger a blackout event in the brainstem.”

Noebels is director of the Center for SUDEP Research located at Baylor College of Medicine. Researchers at eight other institutions are members of the Center and are dedicated, like Noebels’ group, to increasing the understanding of epilepsy and deadly complications such as SUDEP. The Center and the groups of scientists are supported by the National Institute of Neurological Disorders and Stroke of the National Institutes of Health.

For Noebels and colleagues, the discovery of how the “leaky” RyR2 increases the chances of SUDEP is a step forward toward a future in which neurologists could sit with a patient and their family and have a conversation about the possibility of offering  accurate prediction of the risks of SUDEP and effective interventions.