The $100-million, 10-year project was kicked off on Monday to search for the intelligent life in the universe with Milner outlining the “Breakthrough Listen” program’s aim to look for and decode radio signals of alien life, scanning thousands of planets daily.

He has also announced a $1 million prize for Breakthrough Message, a communication medium to be invented to interact with extra-terrestrials so it could avoid any possible conflict with aliens in the future. The project will make use of the Robert C. Byrd Green Bank Telescope in West Virginia and the Csiro Parkes Telescope in New South Wales, Australia to listen to possible radio waves from the universe.

The project gains momentun as NASA researchers revealed recently that some radio signals from the universe were received but still not decoded. Its SETI (Search for Extraterrestrial Intelligence) has been searching for alien signals but its telescopes are limited without backup from supercomputers to decode signals, if any. Now the Brekthrough Listen program can scan the universe 1,000 times more to identify radio signals than SETI.

“Telescopes can pick out planets across thousands of light years. The magic of Moore’s law lets our computers sift data orders of magnitude faster than older mainframes – and ever quicker each year,” Milner said in his “Call to Action”, a mail that was co-signed by Stephen Hawking, astronomer Martin Rees, chess champion Magnus Carlsen and writer Seth McFarlane, among others.

Backing the idea, physicist Hawking said through a digital voice generator at the function in London that it is high time we find alien life. “It is time to commit to finding the answer to search for life beyond Earth… We are intelligent, we are alive, we must know,” he said.

Frank Drake, a US astro-physicist said, “It’s miracle… We could never get enough telescope time. Yuri can fix that with the click of a pen.” Milner, a Russian Jewish billionaire, with an estimated wealth of $3.4 billion according to the Forbes magazine, has taken up the initiative as a physicist himself. He is confident that alien life can be found in a few years from now. 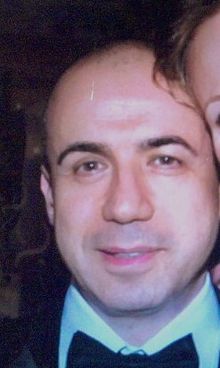 Since decoding signals from thousands of celestial bodies in the universe require crunching massive data, about 9 million volunteer computers may be needed around the world and Milner has proposed creating an open-source platform of software engineers as the world’s major crowd-sourced project.