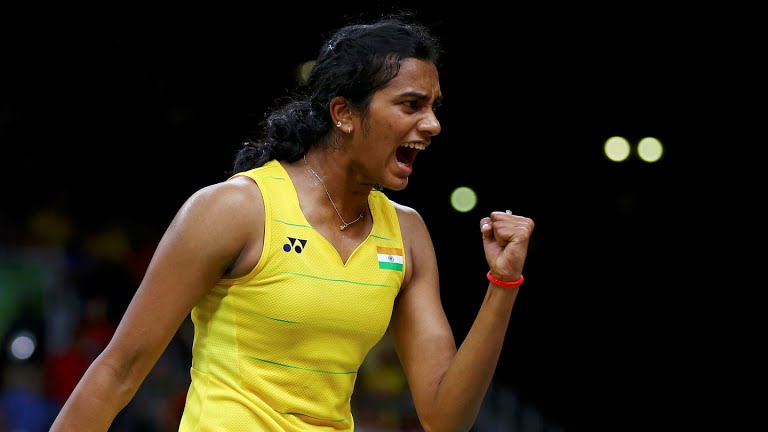 Unlike Saina Nehwal, PV Sindhu is all in praise for her coach P. Gopichand for her reaching the finals against all odds and opponents and winng the only silver medal in Rio Olympics.

She defeated Tai Tzu-Ying (pre quarters), Wang Yihan (quarterfinals) and Nozomi Okuhara (semifinals), before bowing down to Spain’s Carolina Marin in the finals giving her a tough fight ever.

To the surprise of many, Sindhu showed her true sportsmanship voluntarily congratulating the Spaniard, who was on the ground cherishing her golden win.

“Marin really played well that day. After the match, we were just like normal friends and she performed really well so I went and congratulated her,” said Sindhu in a gentle tone.

Otherwise, Hyderabad is full of Sindhu’s grand reception from the airport to city and the win meant more than Rs.12 crore in her bag. Her coach Gopichand, who denied her access to mobile is now confident to give it back to her.

But denying the mobile has served the purpose and many mothers are now contemplating snatching away the mobile from their wards now, so that they can emulate similar tempo as Sindhu in their exams or studies.