Telugu film producer Edida Nageswara Rao, who shot to fame with his evergreen film “Shankarabharanam” died on Sunday evening while undergoing treatment at a privae hospital in Hyderabad. He was aged 81.

Unrelented with one hit, Edid Nageswara Rao went ahead to produce some of the best Telugu films such as “Sagarasangamam” and “Swatimutyam”, among others.

Born in Kothapeta, East Godavari, on 24 April, 1934, Rao entered the film industry as a theatre artiste and became a film actor before launching his production banner Poornodaya Movie Creations. With ace director K Vishwanath, he produced “Siri Siri Muvva”, which was a big hit and it was followed by 10 great films in Telugu. 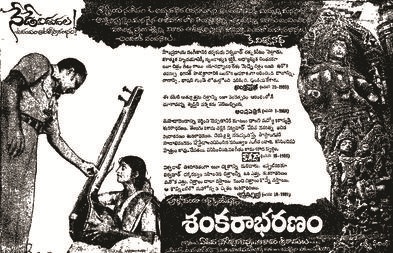 The 1986 movie “Swatimutyam” that featured Kamal Haasan and Radikaa, was chosen as India’s official entry for the Best Foreign Language Film for the Academy Awards in 1986.

He won several national awards too for his films. His last rites will be held today, Monday. Both Telangana Chief Minister K Chandrasekhar Rao and AP Chief Minister N Chandrababu Naidu have expressed their condolences.

Radikaa Sarathkumar, who has acted in Swathimuthyam, tweeted: “Very sad 2 hear of the demise of Eddida Nageshwara Rao a fine producer a loss 2 Telugu cinema,prod of Sankarabharanam, Swathi Muthyam. RIP”