Floyd Mayweather — with a perfect 46-0 record — has never lost a professional bout but he did lose to Bulgarian boxer Serafim Todorov — in the 1996 Atlanta Olympics semifinals.

The Bulgarian boxer who defeated was just 27 years old then and considered one of the best and most experienced boxers at the Games. But the Bulgarian’s life couldn’t be more different than Mayweather’s since the fight, reports Xinhua.

Mayweather is now the highest-paid athlete in the world while Todorov lives on a monthly pension of $435. Todorov and his wife are both unemployed after working at supermarkets and sausage factories.

Mayweather will likely earn at least $150 million in the welterweight world title showdown in May in Las Vegas against Manny Pacquiao, who will take in more than $100 million.

Todorov’s neighbourhood in Bulgaria is ridden with drug dealers and ‘underworld bosses’ who have offered Todorov positions, but he has turned them down.

It’s a far cry from where Todorov was in the 1996 Olympics. Todorov beat Mayweather in a close 10-9 decision which was later appealed by Mayweather and the United States team, who believed that Bulgarian judge Emil Jetchev was unfair.

Todorov had a chance to cash in on his win. He says he was approached by three men after the fight who offered him a professional contract but he turned them down.

He also claims that he later had an offer to transfer his nationality to Turkey for the 1997 World Championships. If he had won gold, Turkey would have paid him $1 million. But the deal fell through at the last minute. He has barely competed since. “It was stupid. I came back and found hell,” Todorov said. 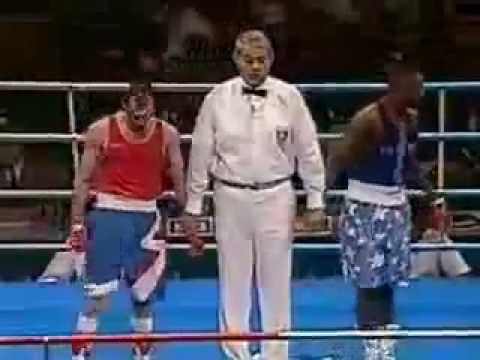 He won a silver at bantamweight in 1989, losing to Cuban Enrique Carrion in the final and had won the European amateur championships in 1989 and 1991 at bantamweight, and in 1993 at featherweight.

Representing Bulgaria at the 1992 and 1996 Olympic Games, Todorov lost in the 1992 quarter-finals to North Korean Li Gwang-Sik.

In 1996 Olympics, Todorov qualified to the semi-finals where he met the then 19-year-old American, Floyd Mayweather, Jr. Todorov won by a 10–9 margin, although many observers felt that Mayweather won the fight.

The referee initially raised Mayweather’s hand at the end of the fight. Todorov, however, lost to Somluck Kamsing from Thailand in the final and settled for the silver medal.

Though Todorov does not deny the possibility, he says that Jetchev also orchestrated his unfair loss to Kamsing in the final.

Airtel’s Belated Offer: 10 GB/M Free 4G Data with Riders Galore; How it Stacks up with Jio?