BalckBerry is returning to its core expertise in mobile phones — security — as it was known half-a-decade ago. In its efforts to stage back in the lost ground of mobile market, the Canada-based company said its new high-security tablet based on the Samsung Galaxy Tab S 10.5 would extend its secure mobile services developed in partnership with IBM and Samsung.

Called the SecuTABLET, the device was presented by its Secusmart unit at the CeBIT 2015 in Germany, BlackBerry said the new mobile brings forth once again its core strength on secure connections for government and big businesses, In fact a decade ago, BlackBerry ruled the world of secrecy with its encrypted e-mail message facility that became a headache for many governments used to swooping on big business conglomerates.

But the removal of many security features under duress from the governments weakened the company’s core strength and its rivals too picked on security features to provide online safety to their users. BlackBerry virtually disppeared from the mobile market due to the competition from Apple and other top mobile makers. 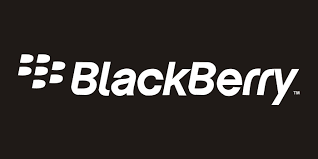 smartphone for 4G LTE networks that it said was for those and companies who value security and privacy when pushing their productivity to the next level.

However, this time BlackBerry came out of its cocoon to rope in IBM and Samsung in the venture. With this, “we have added the last link in the chain of the Federal Security Network. Subject to certification of the SecuTABLET, German government agencies will have a new way to access BlackBerry’s most secure and complete communications network in the world,” Quelle said in a statement.

Secusmart, a BlackBerry company, said the new SecuTablet would secure data that requires special security requirements while used on the move. It can even make personal and social media network of FaceBook, Youtube, twitter and WhatsApp secure for use by anybody anywhere.

The SecuTABLET supplements the SecuSUITE for BlackBerry 10 portfolio. Dr. Hans-Christoph Quelle, CEO of Secusmart GmbH said: “National and international government customers have entrusted their voice and data communications with the Secusmart Security Card for years. This same technology is what secures the new SecuTABLET.

Working alongside IBM and Samsung, we have added the last link in the chain of the Federal Security Network. Subject to certification of the SecuTABLET, German government agencies will have a new way to access BlackBerry’s most secure and complete communications network in the world.”

The new security feature was jointly developed for global security of mobile communication. The IBM Institute for Business Value (IBV) study on Mobility Impact notes that 63% of government sector respondents would appreciate mobile access to their customised applications like budget and secrecy data by the new mobile phone since the conventional mobile devices rule out use of such features.

“The SecuTABLET closes a supply gap and opens up for government and administrations an opportunity to derive greater benefit from digitization and the mobile Internet, with system integration as a fundamental success factor,” said Stefan Hefter, Senior Consultant with IBM. “The technology used to make mobile apps secure by means of so-called wrapping has already proven its worth in the United States.”

BlackBerry is the only mobile device management (MDM) vendor given the “Full Operational Capability” certification by the US defense department’s network. BlackBerry 10 smartphones have already been approved by NATO for classified communications up to “Restricted” level, claimed the company.

With its SecuSUITE for BlackBerry 10 high-security solution, Secusmart too provides similar protection to government and enterprises from eavesdropping, said BalckBerry in a statement.