The stunning box office collections of Rajamouli’s “Bahubali: The Conclusion” have crossed Rs.1000 crore and the magic figure is going to dictate the future film makers not only in Bollywood but also in Hollywood. With the estimated collections coming in for Saturday shows worldwide, trade analysts have declared that the Prabhas-Rana Daggubati starrer has crossed Rs.1000 crore in gross collections worldwide in just 9 days as it entered the 10th day today.

Prabhas, who is keeping a low profile, posted a message on his Facebook thanking all his fans and supporters for showering love on him as the benevolent Amarendra/Mahindra Baahubali in the film.

Revealing the figures, trade tracker Ramesh Bala said the movie has collected Rs 800 crore in India in the first 8 days and about Rs 200 crore abroad as of now, taking the film beyond the magic figure of Rs.1K crore. He also said the film has joined the $15 million club in the North American market including US and Canada. 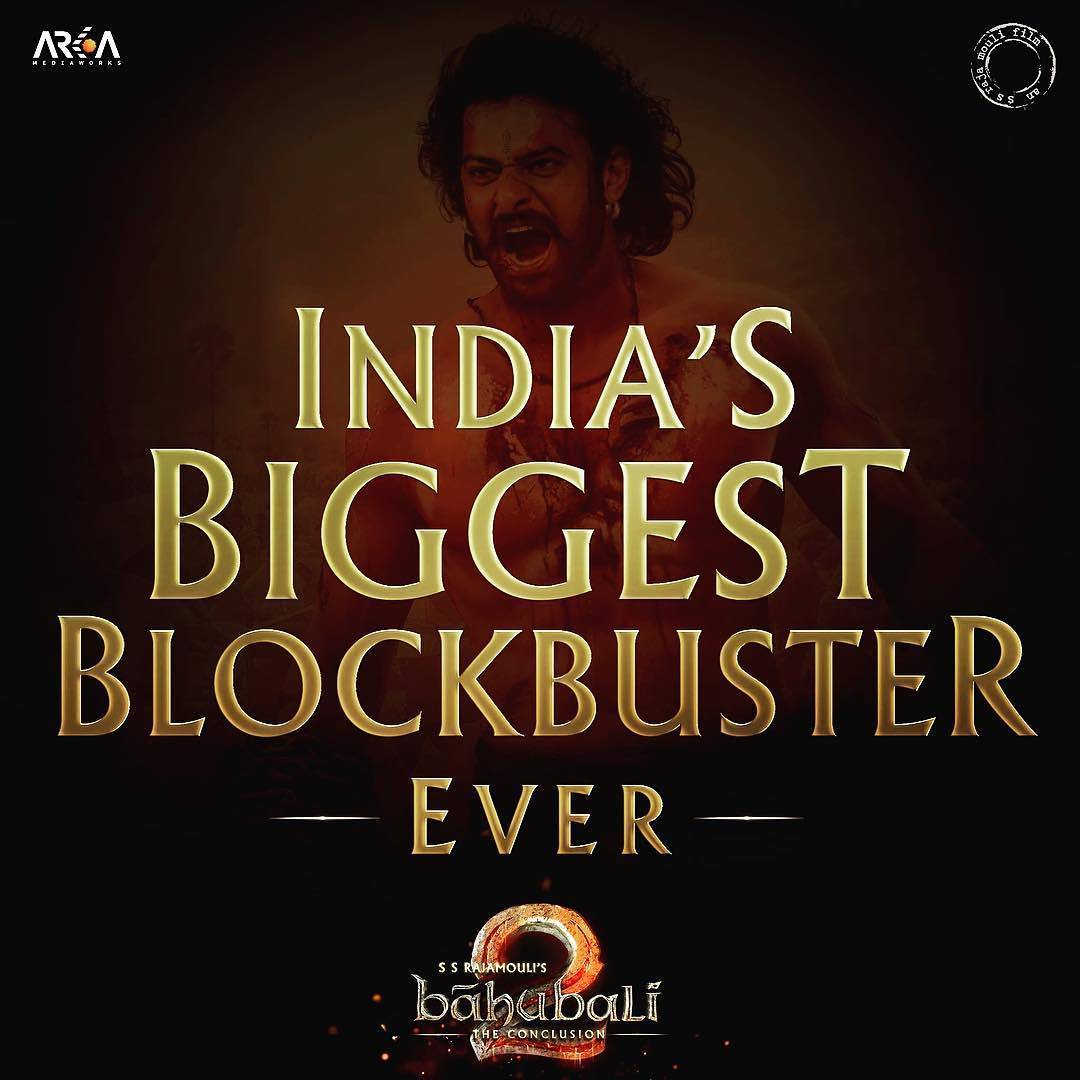 It’s a dream come true for director SS Rajamouli but the nation has something to feel proud becoming the new entrant in traditionally Hollywood-dominated global movie industry crossing the magic figure of Rs.1000 crore. For Karan Johar, it’s party time but the crew may miss their hero who is on a quiet vacation in US.

The national question now is not “Why Kattappa Killed Bahubali?” but whether the stunning success can ever be repeated by any other Indian film in the next five years. It’s an open challenge and many may try it as India never lacked talent when it comes to a challenge.