Road ahead for Rahul Gandhi difficult but inevitable

Rahul Gandhi taking leave of absence that was not required overtly in the Congress party points to something else. To keep away from the Congress headquarters could have been done in a silent and dignified manner with his mother Sonia Gandhi giving her nod without staging a public show about it.

For insiders, it is better if Rahul Gandhi is permanently granted sabbatical so that his sister Priyanka Gandhi, who is more charismatic resembling her grandmother Indira Gandhi can take the party back to power. 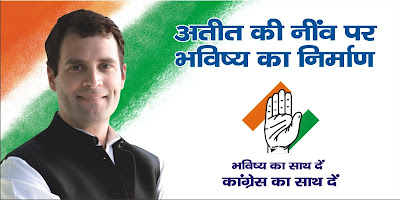 Essentially, Rahul Gandhi remained novice in politics despite ten years of exposure mainly because he was unable to imbibe the ‘dirty politics’ and his preference for transparent and corruption-free politics won him few admirers within a highly perverted ancient political party.

One reason why he could not succeed like any other political leader was the baggage he was bestowed with from the demise of his grandmother and his father in the hands of terrorists. He was never let alone to mix with the common man the way Arvind Kejriwal was able to do.

Despite the histerical outbursts by Congressmen, it should be realised that Congress has put itself on a long trail of struggle ahead and Rahul Gandhi has no choice but to lead the difficult path for the next ten years or leave politics forever.

History is aplenty with leaders romping home after totally sidelined. In Andhra Pradesh when the Telugu Desam Party reached grassroots level in an uninterrupted 10-year rule, it took the entire 10 years of ‘Padayatra’ by state Congress chief Y.S. Rajasekhara Reddy to reconnect with rural people and return to power.

There is a lesson to learn from YSR for every Congress leader. Unlike NTR’s charisma or Chandrababu Naidu’s CEO-style performance, YSR lacked both but connected himself with the rural man, whom he visited repeatedly and listened to his woes. He left hardly any village unvisited during the 10-year TDP rule, when Congress morale was at its lowest ebb.

Rahul Gandhi faces similar situation. Congress Party morale is at its lowest ebb and unless he hits roads in interior Indian villages, he cannot ever bring the party back to power corridors. But it requires sacrifice and Rahul Gandhi should know that there is no excuse from shying away from the known difficult path ahead.