Britain’s National Health Service that covers free treatment for its citizens has been badly hit with 16 of its organisation have been affected by the ransomware cyber attacks nullifying their services and forcing many patients return without consultation.

In a statement, the NHS Digital said, “The investigation is at an early stage but we believe the malware variant is Wanna Decryptor. This attack was not specifically targeted at the NHS and is affecting organisations from across a range of sectors.”

NHS Digital, the technology arm of NHS, said it is working closely with the National Cyber Security Centre, the Department of Health and NHS England to support affected organisations and ensure patient safety is protected.

“Our focus is on supporting organisations to manage the incident swiftly and decisively, but we will continue to communicate with NHS colleagues and will share more information as it becomes available,” it said in the statement. 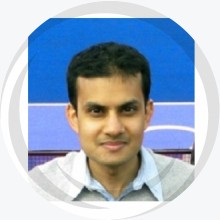 In another development, an Indian-origin NHS doctor Krishna Chinthapalli said he had warned against the cyber-hack of the National Health Service (NHS) just two days before it corrupted and crippled the network.

Dr. Chinthapalli, a neurology specialist at the National Hospital for Neurology and Neurosurgery in London, in an article on the vulnerability of the NHS network in the ‘British Medical Journal’ on Wednesday, wrote about an incident at Papworth Hospital near Cambridge where a nurse clicked on a malicious link and malware infected her computer and started to encrypt sensitive files. By Friday, it became a global cyber attack crippling computer networks all over the world.