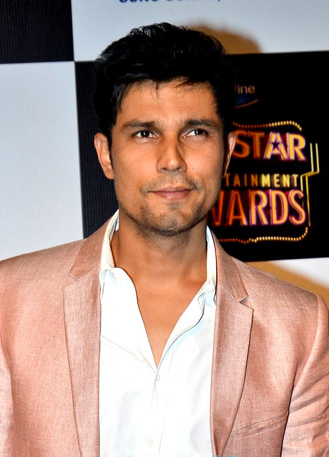 The news of Randeep Hooda being chosen to play the role of Sarabjit in Omung Kumar’s upcoming movie Sarabjit’s biopic is making rounds now.

The rumours revolved around Irfan Khan, as speculations were made that Irfan would portray Sarabjit Singh. However, in recent past Irfan confirmed that he wasn’t approached for the role, hence he has no idea about the offer.

Sarabjit Singh’s biopic is a story based on Sarbjit who was a farmer. He crossed the India-Pakistan border in an intoxicated state and was claimed to be a spy. Subsequently, Sarabjit was arrested and had to spend 23 years in jail and died in captivity.

According to BollywoodLife, Randeep Hooda has been confirmed for the role.

Besides Randeep, Aishwarya Rai Bachchan will be playing the role of Dalbir Khan, who is Sarabjit’s sister and who fought to release her brother from jail. But all her efforts went into vain as Sarabjit died in prison after the other prisoner attacked him.

It would be rather interesting to see Aishwarya and Randeep playing on-screen siblings, for the first time, as the responsibility to tell one of the extremely tragic stories will be on the two stars, who should strive hard portray the real-life characters. Otherwise, it would be Aishwarya’s second film after her return to Bollywood with ‘Jazbaa’, which is currently underway.

LSR Faculty Supports Gulmehar Kaur, Who Refuses to be Another Suu Kyi