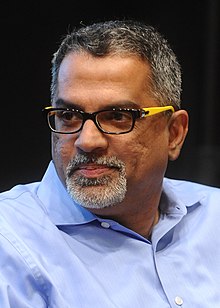 Narisetti, former editor of MINT and Washington Post, and a veteran with Wall Street Journal owned by News Corp will step into the shoes of Gawker founder and former CEO Nick Denton to oversee the business and editorial operations of the newly named Gizmodo Media Group, which owns Gizmodo, Jalopnik, Jezebel, Deadspin, Lifehacker and Kotaku.

Gawker.com lost a $140 million lawsuit brought by Hulk Hogan over a Gawker post that included a clip of his sex tape, forcing the company into chapter 11 bankruptcy protection.

“As part of Univision, we will now be more ambitious in deepening, broadening and sensibly scaling the passionate digital communities that Gizmodo, Jezebel, Deadspin, Kotaku, Jalopnik and Lifehacker have attracted, by offering accurate, responsible, edgy and engaging journalism, as well as through relevant, related content and commerce,” Mr. Narisetti said in a statement.

Born in Hyderabad, Narisetti did his MBA from IIRM, Ahmedabad before joining the Economic Times and move on to Indiana University in the US for higher studies. He worked with several top publications including Wall Street Journal, Washington Post and MINT in India.