With the Perseid Meteor Shower on August 11 to 13 topping the Google search trends last week, many users on the Internet are keen on knowing where to hunt for the shooting stars and the questions listed by Google showcase them 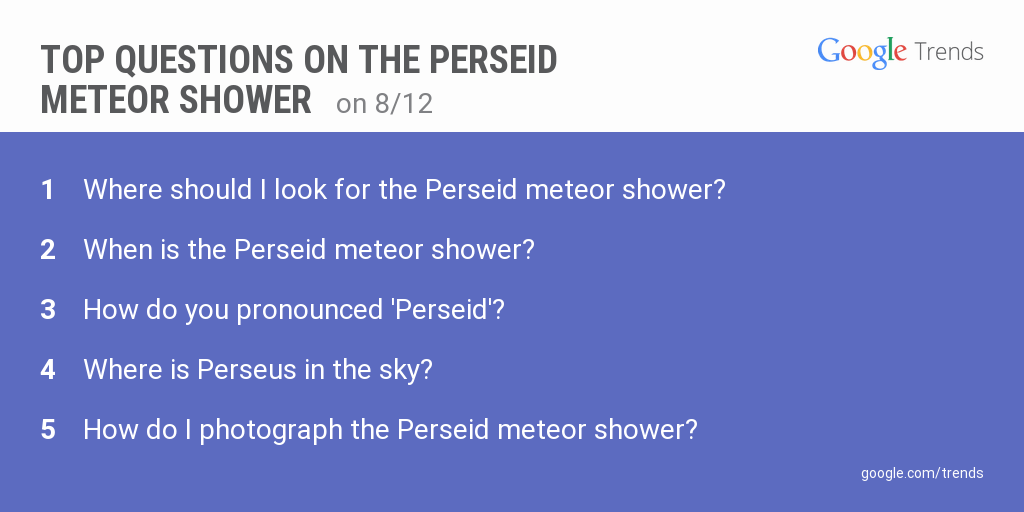 “As the skies lit up with the Perseid Meteor shower this week, there were more than a million Google searches around the topic from people on the hunt for shooting stars. Along with questions on how to pronounce it (that would be something in the region of “percy-id”), people were asking where to watch and how to photograph the summer show, with NASA promising up to a hundred meteors an hour if you got up early enough. These meteors streak through the Earth’s atmosphere for our viewing pleasure every year,” says Abbi Tatton of Google who searched for it among other this week. 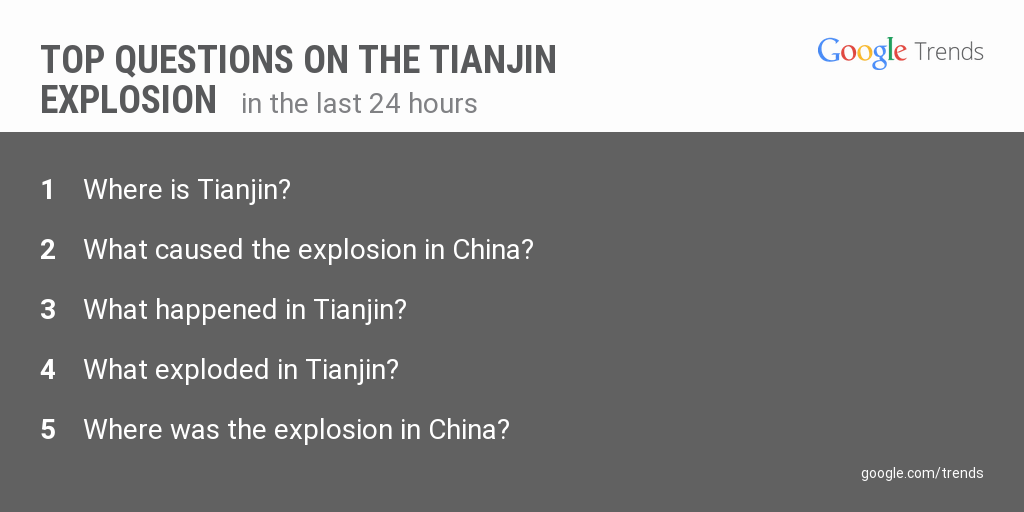 Headlines from China especially the shocking images of destruction from China’s northern port city of Tianjin after a massive chemical explosion on Wednesday tok the second-most searched item in Google News. With an eye-witness video posted on YouTube by Daniel Van Duren, who says he was watching for shooting stars when the explosions happened, that has more than 60,000 views in 24 hours, several news outlets have reported the event and almost one million Google searches about Tianjin are focused on the “who, what, where, when, why” of the disaster.

In addition, China appeared in the world’s Hot Trends this week, due to its surprise decision to devalue its currency that prompted an additional 50,000 searches a day before on Tuesday.

One interesting item googled for this week include an awesome week for left-handed middle children everywhere. Wednesday was National Middle Child Day, where the top rising search on Google was for this meme, which pretty much sums it up. Then Thursday was Left Handers Day, prompting a spike of more than 100,000 Google searches on left-handed children and people. 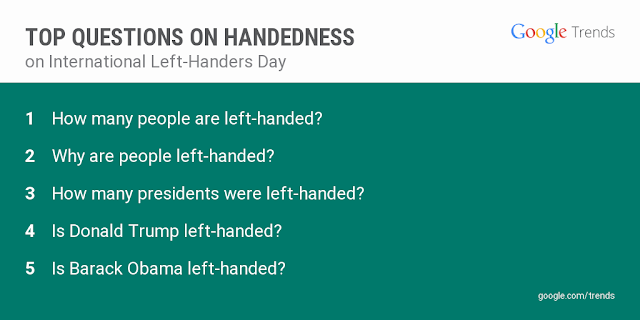 “Looking at the top questions asked on Google around this important day for southpaws, you all wanted to know how many people in general are left-handed, and how many US presidents in particular. Another report said the White House tweeted saying that President Obama is one of them. In India, Amitabh Bachchan is known for it and there are numerous celebrities who are left-handed. However, Google’s Abbi Tatton has gone a step ahead searched for “Left-handed kangaroos” of all.

Lightweight Crane Technology Could Find a Home on the Moon