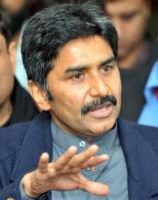 “To be a selector you must have a vision. I agree it’s tough to be on a selection panel anywhere in the world but it’s even tougher if you are a selector in Pakistan and have to pick 15 for an event like the ICC Cricket World Cup 2015,” he wrote in an official World Cup blog.

The non-selection of Pakistan’s premier spinner Saeed Ajmal will be lethal with his mystery bowling and his absence is for sure a major setback to Pakistan’s World Cup plans, he said.

On Hafeez, he said the player can be used not merely as an opening batsman, but also as an off-spinner who could bowl his full quota of 10 overs in a One-Day International. “He would have been more effective with his miserly bowling than most of those bowlers now travel with the Pakistan team to Australia and New Zealand,” said Javed.

Giving more due to fast bowlers, five of them, by Pakistani selctors has missed the trick. “When you lose your experience bowlers for whatever reasons, the first thing which should spring in your mind is to look for an experienced replacement. Selectors say they did consider Shoaib Malik, but he could not make the final cut because Haris Sohail is more effective as a left-arm spinner and gives them added advantage of a left-handed batsman,” wrote Javed Miandad.

Criticising the selection of Haris who had impressive record at series against New Zealand in UAE, Javed Miandad questioned why Shoaib Malik was not given a chance to come back. “If selectors picked fast bowler Sohail Khan on his recent performance in Pentangular Cup, Shoaib also deserved to make, at least, one more comeback. Not only as a batsman, Shoaib could have easily filled the void of Hafeez’s off-spin,” he wrote.

“While 11 players take the field, the remaining four on the bench should be equally good to replace them in case the need arises. I’m afraid Pakistan doesn’t have enough bench strength in the ICC Cricket World Cup 2015. It doesn’t harm the team even if experienced player like Shoaib sits on the bench,” he added.

Advising Younus Khan and skipper Misbah-ul-Haq to learn from the World Cup winning team led by Imran Khan and himself, Javed Miandad said there are no Inzamam-ul-Haqs in the 2015 squad. Sohaib Maqsood is coming back after long injury and Umar Akmal has not done much with the bat in recent matches, he pointed out.

Terming tall Mohammad Irfan as a lethal weapon on bouncy wickets in Australia and New Zealand, Miandad said he did not see much depth in fast bwling front. Junaid Khan is returning after knee injury while Sohail Khan, Ehsan Adil and Wahab Riaz have a long way to prove their match-winning streaks, he wrote.

Describing Yasir Shah feat in Test matches as one-day wonder, he said Afridi being a leg-spinner, “selectors could have easily picked one of the two left-arm spinners Raza Hasan or Zulfiqar Babar to add variety into our bowling. If the selectors and team management are thinking they both Yasir and Afridi could make the final playing XI, I don’t think this happening in reality,” he wrote.

Saying that the present team cannot be compared with the 1992 winning team, he wrote: “It’s tough to compare present team with the one we had in 1992. We had loads of experience at the top order in 1992 which I don’t see in our present squad.”

The 1992 team had plenty of experience in Australia, which the current team doesn’t have, he said. “I wish them all the good luck Down Under because in cricket anything can happen. Maybe it’s time for a miracle, who knows!” he concluded.

Champions Trophy 2017: Eight Teams, 8 Stars to Watch Out for

Will India Ever Become a Cashless Economy?