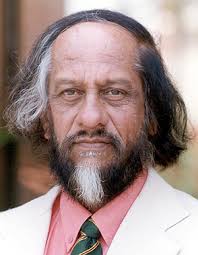 Indian environmentalist R.K. Pachauri on Tuesday resogned as chairman of the Intergovernmental Panel on Climate Change (IPCC) following charges of sexual harassment, though he strongly denied the accusation.

The bureau of the UN’s IPCC accepted the resignation and named Vice-Chair Ismail El Gizouli as acting chair. This follows the decision by Pachauri to step down as the chairman of the IPCC.

A court in delhi on Monday granted interim protection from arrest to R.K. Pachauri, who is also director general of The Energy and Resources Institute (TERI), against whom a sexual harassment complaint has been registered by a research associate working in his office.

The court’s direction came while hearing the anticipatory bail application of Pachauri. The court also issued notice to Delhi Police to file a reply on the bail plea of the TERI director.

The Delhi High court had earlier granted Pachauri interim protection from arrest till Feb 23 after he had moved high court following a police summon for questioning him with regard to the allegations.

In the FIR, the complainant has claimed that Pachauri had sexually harassed her for nearly two years since she joined the organisation in September 2013. She also alleged that Pachauri had engaged in “sexually-laden conversations” with her over email and SMS.

The FIR was based on a complaint filed by the woman at the Lodhi Colony police station Feb 13, and included sexual harassment, stalking and criminal intimidation charges.

In the wake of the complaint, Pachauri, also the chairman of the Intergovernmental Panel on Climate Change, had to cancel the plenary session of the top scientific body on global warming that he was scheduled to attend in Nairobi Feb 22.

On Saturday, some senior lawyers held a press conference and claimed that another former woman employee of TERI had sent them a letter complaining about Pachauri’s behaviour with her 10 years ago, when she worked there.(IANS)