OnePlus One, unable to withstand competition with another Chinese giant Xiaomi, especially its new Mi4 smartphones, has launched its flagship OnePlus One 16GB Silk White version slashing the price to Rs.18,999 on Amazon India.

Now that the OnePlus One is cheaper than the Xiaomi Mi4 by Rs.1,000, OnePlus is hoping to compete with its main rival in India following similar sales strategy in collaboration with Amazon India and it will be sold on ‘Invite Only’ basis.

All the features in the new model are similar to that of the OnePlus One but for the 64GB memory. Otherwise, the new model will have a 13MP rear camera with dual LED flash, 4K resolution video with stereo recording and 5MP front facing camera, besides a 5.5-inch Full HD LTPS IPS panel with Corning Gorilla Glass 3.

Equipped with a 3100mAH lithium-polymer battery, the company touts that the back cover is made of powdered cashew. While the 64GB model works on Android Lollipop, the new 16GB version runs on Android v4.4 KitKat as Cyanogen ditched it from enabling updates due to its partnership with Micromax Yu in India.

With a 2.5GHz Qualcomm Snapdragon 801 quad core processor, 578MHz Adreno-330 GPU and 3GB RAM, the new variant makes OnePlus One within the budget phone range from its 64GB variant priced at Rs.21,999. 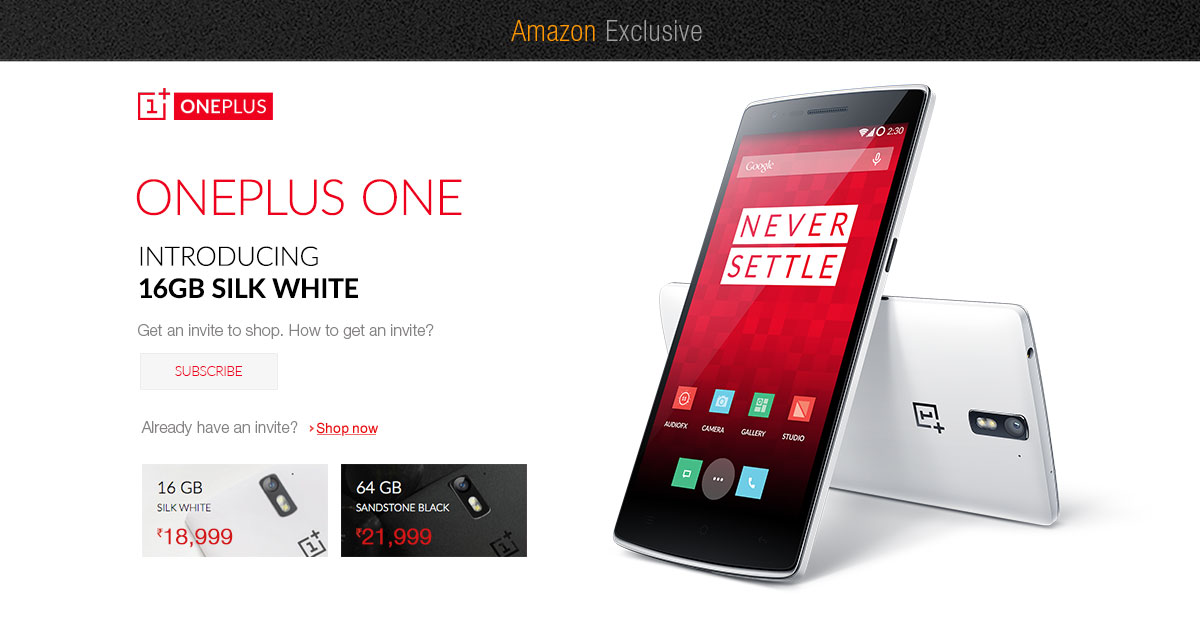 How to get Invite?

For an invite, you have to enter contests and events hosted by OnePlus for India or Amazon.in and only select participants will be eligible for invites, which will be e-mailed to winners. Also those who purchased onePlus One can send you an invite.

Once the invite is received via e-mail, click the unique link to register it with
your OnePlus account. Once registered, users can see the invite and they can choose to buy to purchase it online at Amazon.in.

Once in Amazon.in, uers should choose the one in Sandstone Black and enter their invite code on product page and proceed to checkout.

The time frame to use an invite is 48 hours since the invite is generated. If you fail, you have to regenerate the invite again, said Amazon.in.