One egg daily keeps sugar level low for diabetics, How ?

The study, published in American Journal of Clinical Nutrition, found that men who ate approximately four eggs per week had a 37 percent lower risk of Type-2 diabetes than men who only ate one egg a week.

However, the research based in data study than clinical research, is merely indicative and not supported by lab research or chemical experiments. Researchers at the University of Eastern Finland studied dietary habits of 2,332 men aged between 42 and 60 years during 1984-1989 to come to the conclusion, which requires further study.

During a follow-up of 19 years, 432 men were diagnosed with Type-2 diabetes and the study found that egg consumption lowered the risk of Type-2 diabetes with lower blood glucose levels.

The finding persisted even after other confounding factors such as physical activity, body mass index, smoking and consumption of fruits and vegetables were taken into consideration.

However, over-consumption of eggs, say 4 eggs per day, did not bring any significant additional benefits. Eggs is generally avoided due to its high cholesterol content. 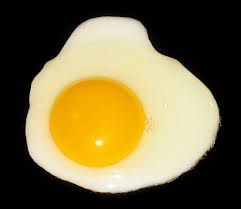 10 Myths About Diabetes: How to Overcome?