A new mechanism in brain that regulates obesity, which can be targeted to treat obesity, was found by a Japanese researcher Makoto Fukuda.

They studied the mouse Rap1 gene, which is expressed in a variety of tissues, including the brain but its role in energy balance was unexplored. The team of scientists selectively deleted the Rap1 gene in a group of neurons in the hypothalamus region of the brain that is involved in regulating whole-body metabolism.

They experimented on two groups of mice — one on the mice genetically engineered to lack the Rap1 gene, while the other and control group had a functional Rap 1 gene. They fed the mice in both groups a high-fat diet in which 60 percent of the calories came from fat.

The control mice with a working Rap1 gene gained weight, but, in comparison, the mice that lacked Rap 1 had markedly reduced body weight and less body fat. Interestingly, the mice lacking the Rap1 gene had not gained weight despite eating a high-fat diet. 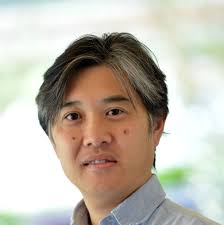 “We observed that the mice lacking Rap1 were not more physically active. However, they ate less and burned more body fat than mice with Rap1. These observations were associated with the hypothalamus producing more of a hormone that reduces appetite, called POMC, and less of hormones that stimulate appetite, called NPY and AgRP,” Fukuda said.

The study sought to study whether leptin, the ‘satiety hormone’ produced by fatty tissue, helps regulate body weight by inhibiting appetite. Obese people do not respond to leptin’s signals of satiety, and the blood levels of leptin are higher than those in non-obese people.

So, they found out that leptin resistance reflects human obesity. Next, the team tested the effect of inhibiting Rap1 with drugs instead of deleting it. “When we administered ESI-05 (inhibitor) to obese mice, we restored their sensitivity to leptin to a level similar to that in mice eating a normal diet. The mice ate less and lost weight,” he said.

The new mechanism involving Rap1 in the brain may represent a potential therapeutic target for treating human obesity, said Fukuda, whose study appeared in Cell Reports.