Mohammed Islam, a kid from Queens has made $72 million trading stocks that too during his lunch breaks at Stuyvesant High School, New York magazine has reported in its latest issue.

He refers to his networth as “the high eight figures,” meaning 72 and he is said to be a shy and modest tee, who owns a BMW but his father has to drive him as he is still few months before becoming eligible to get a driving license.

He has rented out a Manhattan apartment in New York and his parents are immigrants from Bangladesh.

When asked what makes the world go round, his cryt reply is: “Money. If money is not flowing, if businesses don’t keep going, there’s no innovation, no products, no investments, no growth, no jobs.” 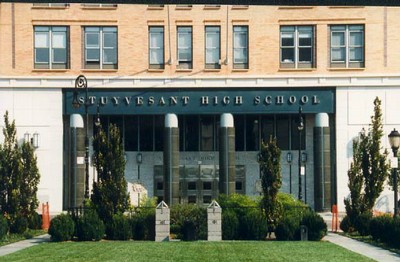 Islam and his two young friends from the Wall Street frequent the hot spot Morimoto, where they enjoy $400 caviar and fresh-squeezed apple juice. Islam’s target is to start a hedge fund in June next year, once they turn 18, graduate and eleigible to apply for a broker-dealer license.

The three wizards want to make $1 billion by next year, while continuing their college still.

“But it’s not just about the money,” Islam told the magazine in its 10th annual “Reasons to Love New York” issue. “We want to create a brotherhood. Like, all of us who are connected, who are in something together, who have influence.”

Islam has admitted that his immediate role model is Paul Tudor Jones, a billionaire hedge-funder from Connecticut who ranks 108 among the richest Americans in Forbes’ list. “Paul Tudor Jones says, ‘You learn more from your losses than from your gains,'” says Islam about Jones.

Unlike Jones, Islam said he began losing when he was 9 years old and often stuck in his bids. “I had been paralyzed by my loss, but he (Jones) was able to go back to it, even after losing thousands of dollars over and over,” Islam told the magzine in the interview.

Later, he said reading finance books helped him learn about Jones and said he repeated his role-model by returning again and again. There he is now with $72 million and aiming at $1 billion by June next year, before launching his own hedge fund.