Netaji Files: Imagine if Bose was Caught Alive in 1945… 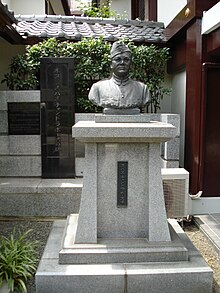 Now that Netaji Files have been made public by the West Bengal government revealing that he was reportedly alive till mid-1960s, Japan has come under scanner for endorsing the view that Netaji was dead and that his ashes were kept at Renkoji temple in Tokyo suburbs.

But looking back at the circumstances in which Netaji was hurriedly put in a Mitsubushi fighter plane on August 17 just two days after Japan surrendered to the Allied Forces at sea reveals more than one can understand.

But once you understand, you cannot help but appreciate Japan for hoodwinking the Allied forces and helping Subhas Chandra Bose to escape into a third country and remain safe and away from the glaring eyes of war tribunal crimes.

The declassified Netaji files show that he was alive and no plane crash took place in 1948 as reported in the Indian or Japanese media on August 18, 1945.

Japan has maintained that Netaji was aboard the Mitsubishi fighter plane that crashed at Taihoku in  Taiwan, in which he died and his ashes were collected and kept at Renkoji shrine, where Jawaharlal Nehru himself paid a visit in 1957. (See picture)

So, it means Japan was also aware of the secret and the so-called ashes kept at Renkoji temple were to mislead not Indians but the Allied Forces which took over control of Japan then.

Then Why Netaji Death Controversy After Independence?

However, neither Nehru nor Japan can be faulted from keeping the disappearance of Netaji in 1945 a secret. In fact, his open entry in India in 1945 would have landed him in more trouble.

Firstly, Netaji would have faced the humiliation of being handcuffed and paraded as a PoW and face the ignominous post-war tribunal for war time crimes along with other INA members. But being the leader, he would have certainly been sentenced to death with little control by Nehru or Gandhi on the British government then.

Secondly, if he had stayed in Japan, he would have been sentenced to death along with other Japanese generals after Japan’s surrender on August 15, 1945. The fact that he was flown away from Japan just two days after the surrender at the sea by the Japanese generals to US Gen. Douglas MacArthur shows that Japan was indeed concerned about the safety of Netaji and did manage to send him away from the post-war scene.

No wonder, another Bengali jurist Binod Pal did give a dissent note in the war tribunal at Tokyo in 1948 and Japanese have built a temple for him too in respect. Was it a quid pro quo?

So, where did Netaji go from Tokyo in a secret flight? Now all the suspicion lies on his detention somewhere in Siberia. And apparently both Nehru and Mahatma Gandhi were aware of it. In fact, Gandhiji told Bose family not to hold “Shradda” citing his own inner voice, which he later retracted.

So, the next phase is post-Independence period when Nehru was at the helm of affairs and the war-time trials were over and an entry by Netaji Subhas Chandra Bose would have made perfect sense. Here Nehru’s role comes into picture as Gandhi was not there.

So, the mystery remains, minus Japan angle now.

Netaji Files: 50 More Declassified, What About Those in Shiroganedai?