Motorola’s high-end variant Moto G smartphone under the brand Moto G Turbo was launched for sale on Flipkart priced Rs.14,499 on Thursday as announced earlier by the company.

Kicking the sale pitch, Motorola announced 100% cashback to the first 100 lucky buyers. In addition, it has offered exchange for up to Rs 6000 and double data plan on Airtel for the first four days of sale online.

The smartphone has a 5-inch Qualcomm Snapdragon 615 chipset. Besides, the Moto G Turbo has a 1.5GHz octa-core processor and Adreno 405 graphics with 2GB of RAM. The water-resistant smartphone carries an IP67 certification too. With a 16GB of storage, the Moto G Turbo allows expandable memory up to 32GB using a microSD card.

The Moto G Turbo runs Android 5.1.1 Lollipop and like other Moto phone series, it has features such as Moto Voice, Moto Assist among others. On camera front, Moto G Turbo has a 13MP rear camera and a 5MP front-facing camera.

On battery front, the Moto G Turbo has a 2470mAh battery and to justify its brand name, it comes with the TurboPower wall charger to charge the smartphone in 15 minutes and it can last for 6 hours of talk time, said Motorola. 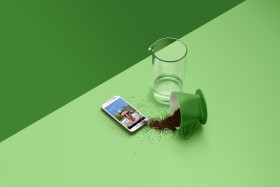 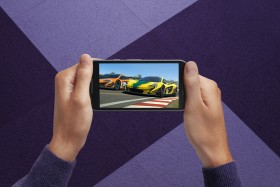 The Moto G Turbo Edition packs a 1.5 GHz Octa Core Snapdragon processor and 2 GB of RAM for good performance. The device is fast and lag-free, whether you’re playing 3D games or multitasking between apps, it claims. This phone runs on the Android Lollipop v5.1.1 operating system.

This smartphone is powered by a 2470 mAh battery that packs enough juice to last through the day. However, if you still run out of battery, TurboCharge gives you up to 6 hours of usage from just 15 minutes of charging.

Capture the world around you with the 13 MP Quick Capture rear camera which includes enhanced software for fast image capture and video stabilisation. The 5 MP front camera is perfect for video calling and taking selfies.

Whether you’re browsing through your gallery or playing 3D games, the 294 ppi, 12.7 cm (5) HD display of the Moto G Turbo Edition is a treat for your eyes. The tough Corning Gorilla Glass 3 keeps scratches and scuffs at bay.