When Prime Minister Narendra Modi himself subscribes to rhetoric and adherence to “Great Hindu Mythology”, Ramesh Pokhriyal Nishank, BJP MP from Haridwar and former Uttarakhand chief minister, has gone wild to claim everything under the sun as invented by ancient Hindu sages, including a nuclear test.

Ironic but India conducted nuclear tests in 1971 and again in 1998 and faced repercussions and sanctions but somehow the controversy was dying down when Nishank claimed another nuclear test that was conducted 2,500 years ago by sage Kanad, who lived near Dwaraka, present-day Gujarat. Whether there were tests or not, sanctions were not there those days, thankfully.

To silence the critics, especially the Congress in parliament, Nishank even quoted Pandit Jawaharlal Nehru’s “Discovery of India” to eulogise great Indian scientific achievements. When scientists in labs all over the country are working overnight for scientific results, their minister Smriti Irani visits an astrologer who predicted that she would become the country’s president. 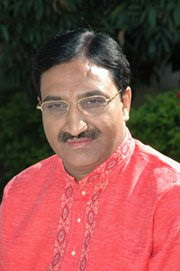 India’s scientist and former president Abdul Kalam may feel belittled by the irony but Irani claims that it was personal and no political inferences should be drawn from it. “What I am doing in my personal life is not the responsibility of media to report until and unless it affects my duties,” she told media when questioned. Soon, Nishank came to her rescue saying Indian astrogy is a great science and modern science is a pigmy before it.

Prime Minister Narendra Modi, in his typical off the cuff remarks at the inauguration of a hospital in Mumbai in October, said Karna’s birth in Mahabharata must be from genetic engineering. “We can feel proud of what our country achieved in medical science at one point of time. We all read about Karna in Mahabharata. If we think a little more, we realise that Mahabharata says Karna was not born from his mother’s womb. This means that genetic science was present at that time. That is why Karna could be born outside his mother’s womb.”

To reveal his depth of knowledge in Hindu epics, he also said, “We worship Lord Ganesha. There must have been some plastic surgeon at that time who got an elephant’s head on the body of a human being and began the practice of plastic surgery.”

While the scientific community is silent, perhaps in shock over the remarks, the reverberations are reflecting the fears of Hindu nationalism’s revival as the country’s Left and rationalists have long feared. As history shows, similar Aryan racist sentiments led to Nazism in Germany during the pre-World War II period.

Whether it was Kanad’s nuclear test or Karna’s genetic engineering, unless scientifically recreated, no claims make sense in the modern world. What Indian mythology claimed could have benefits, could have scientific basis and been authenitic in ancient times but there is no recreation nor any empirical proof to establish that they were, indeed, true.

But in the brouhaha over ancient mythology, the BJP leaders are doing injustice to other great Hindu civilization’s achievements like Yoga and meditation that the world all over is following and respecting. In the melee, the positive aspects of Indian ancient medical remedies should not be lost.

Sanal Edamaruku, president of Indian Rationalist Association, told Hindustan Times:”Myths are there in all parts of the world and in all cultures; if we can’t differentiate myth and reality, something is seriously wrong.”

So, what is wrong with India, which can send Mars mission successfully? What about the achievements of many global Indian-origin doctors and scientists who are trying to invent new solutions to end the age-old diseases? India stands to loose if it cannot establish its scientific temper in a true modern way.

Modi Followers on Facebook Tripled in 3 Years to 41.9 Million