Humans have evolved after undergoing at least four major stages of change, said scientists based on plaeontological evidence of fossils from the Sima de los Huesos in Spain’s Sierra de Atapuerca.

The fossils dated 430,000 years ago were found in a cave site and the belonged to hominin species, named the Sima de los Huesos hominin. 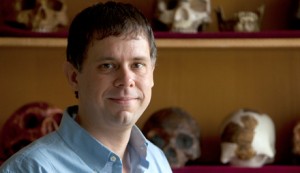 Researchers found that the Sima de los Huesos species were taller with a wide mascular body, while the brain mass was relatively less compared to the Neanderthals. Anotomy-wise, they shared many features with the later Neanderthals that were not found in modern Homo sapiens.

“This is really interesting since it suggests that the evolutionary process in our genus is largely characterized by stasis in body form for most of our evolutionary history,” said Rolf Quam from Binghamton University.

The research team compared the Sima de los Huesos fossils with Neanderthals and modern homo sapiens and found that essentially the evolutionary process had undergone four main stages — from arboreality (living on trees) to bipedalism (erect walking on legs) to Sima de los Huesos with tall, wide and robust bodies. These species had been familiar with terrestrial bipedalism and left behind any traces of arboreal lifestyle on trees.

The intermediate species could have lived for about a million years before transforming into the modern members of our genus — Homo erectus, Neanderthals and the modern Homo Sapiens sapiens, said the researchers.

The findings have been published in a paper in the Proceedings of the National Academy of Sciences. (PNAS)

Right clavicles and humeri of the La Ferrassie 1 (Ferr1) and Regourdou 1 (Reg1) Neandertals in cranial (clavicles) and anterior (humeri) views. Both clavicles are complete from the sternal to the acromial ends with minimal damage.(PNAS)

Until modern humans arrived on the scene, it was widely thought that Europe had been populated by a relatively stable Neandertal population for hundreds of thousands of years. However, in his earlier paper, Rolf Quam and a group of researchers Anders Götherström at Uppsala University and Love Dalén at the Swedish Museum of Natural History, proved it otherwise.

“The Neandertals are our closest fossil relatives and abundant evidence of their lifeways and skeletal remains has been found at many sites across Europe and western Asia.”

Their research suggested that Western European Neandertals went through a demographic crisis, virtual extinction coinciding with a period of extreme cold in Western Europe.

When the region was repopulated by a small group of individuals from a surrounding area, apparently a different sub-species of homo, then the modern homo sapeiens sapiens emerged as the fourth stage of the evolution.

“The fact that Neandertals in Western Europe were nearly extinct, but then recovered long before they came into contact with modern humans came as a complete surprise to us,” said Dalén, associate professor at the Swedish Museum of Natural History in Stockholm.

“This tells us that without the aid of material culture or technology, there is a limit to our biological adaptation,” Quam said. “It may very well have been the case that the European Neandertal populations were already demographically stressed when modern humans showed up on the scene.”

African Fossils Push Origin of Modern Man Back by 100000 Years