Kim Kardashian to appear in ‘Bigg Boss 8’ as guest on Nov. 22

Kim Kardashian will drop in at "Bigg Boss 8" house to meet the inmates on November 22, said Andre Timmins, Director, Wizcraft International Entertainment. But Colors TV has not confirmed it so far, nor denied the report.

The 34-year-old will be seen in the Bigg Boss house Nov 22 as a guest to interact with the contestants Karishma Tanna, Diandra Soares, Gautam Gulati and Upen Patel. The Colors show is hosted by Bollywood star Salman Khan.

Bangalore-based TV content firm Wizcraft’s Director Timmins in a statement said, "It gives us great pleasure to welcome and facilitate Kim Kardashian’s maiden visit to India. We are confident that our country and its people will play excellent hosts to this international superstar." 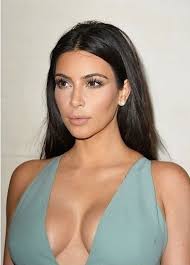 Other reports quoting Colors TV told the Times of India that Kardashian would be appearing in a saree during the show to meet the inmates of Bigg Boss.

Otherwise, Kardashian was recently in the news for posing in the nude for Paper Mag recently. She is currently on a whirlwind tour of Australia, Dubai and India to promote her new line of perfume.

Her latest tweet from Australia said: "Just touched down in Australia!!! My perfume world tour begins for my new fragrance Fleur Fatale! Next stop India then Dubai! All in 1 week!

Kim is not accompanied by her daughter North West, whom she had with husband Kanye West last year. And the star mother is missing her little one.

“Missing my baby girl so bad already! Was going to bring her but 3 countries in a week is too much travelling. Daddy time will be much better,” she shared on Twitter.

Salman Khan Acquitted in One but Poaching Case on Still

Dhoom 4: Abhishek Bachchan not to act with Salman Khan, Ranveer Steps in