Duchess of Cambridge, Kate Middleton and Prince George during their visit to New Zealand on April 9, 2014. (Photo: Xinhua/IANS) 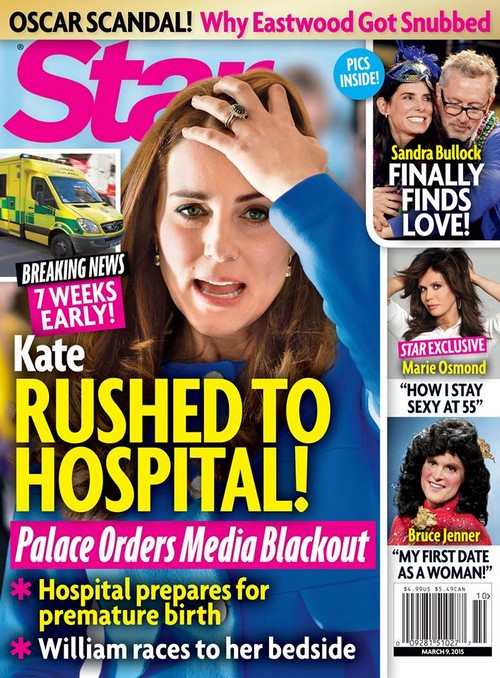 Cover Page of star Magazine March 9 Issue that turned out to be hoax before it hit the stands.

However the report was to appear on the March 9 issue of Star Magazine with a cover page photo of Kate Middleton in a pale-looking pose.

Though the Queen has issued a media “blackout” on Kate Middleton’s pregnancy news, the magazine said “we’re pretty sure we would have heard about Kate Middleton going into premature labor and possibly having a miscarriage – if it were really happening.”

The issue of Star Magazine is yet to be issued and may change before it hits the stands. But the news is going viral with tens of thousands of visitors hitting the website which have prominently used the news for more eye-balls.

Celebdirtylaundry.com brushed aside the report with a headline saying “Kate Middleton NOT Rushed to Hospital” and asked its readers: “What do you think of Star’s ridiculous cover? Even more disgusting are the bottom feeding outlets who pretend that the story is true when they know full well it is rubbish.”