Kanhaiya Kumar gets 6 Months Bail by High Court, What Next? 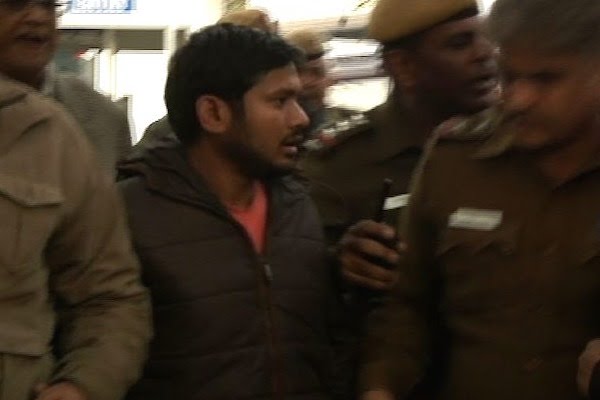 After almost three weeks of ordeal that shook and shocked the country, JNU Students Union president Kanhaiya Kumar who was jailed for serious Sedition charges has been given reprieve, albeit for six months, by the Delhi High Court, which directed him to cooperate with the Delhi Police’s Special Cell probing the case.

Kanhaiya Kumar was also asked to provide a personal bond of Rs 10,000 and a surety of like amount, besides making it obligatory for a JNU faculty member to stand as surety for Kanhaiya. The interim bail has not quashed the case per se and has given liverage for the police to probe and make the case prolong further. It could drag on for years as political tempers on both ruling and opposition side are at the peak now.

The event on February 9 organised on JNU campus was to read poetry in memory of hanged Parliament attack convict Afzal Guru but it ended in a clash between ABVP and some Kashmiri students and supporters with masks and raising pro and anti-India slogans. Soon, the TV channels began to telecast morphed videos and one Zee TV producer resigned in disgust over the channel’s missive in broadcasting such video.

While Delhi Police cracked down on the prestigious university campus where rarely any political leader from Indira Gandhi to Manmohan Singh ventured without facing black flags. While the social media went viral over the so-called anti-national JNU campus students, it has brough disrepute and despair among the victims to come out of the fiasco and bring to light real videos which showed Kanhaiya not raising any anti-India slogans. Almost 10 days of constant efforts on media to check and cross-check facts led to a situation that has turned public opinion in favour of the sole victim of the entire saga — Kanhaiya Kumar.

From Congress Vice President Rahul Gandhi to CPM leader sitaram Yechury, several political leaders took upon themselves to defend the JNUSU president, a son of a poor mother with no rich background or back up. His temporary release from the tihar jail may give respite to the campus but the bigger issue remains unanswered.

The entire episode has left behind a taste of Indian political manipulation and annihilation of counter opinion, which was witnessed a century ago when the British rulers unleashed fear-psychosis among the freedom fighters. Kanhaiya Kumar, who was bashed up inside the Patiala House courts by lawyers despite Supreme Court’s directive to keep him safe, may not be the same person now. Either he will become a truly national leader or toe the line of majority rule. So, there is no place where accused victims can hope to be safe. It could now happen to anybody and everybody.

Secondly, JNU has lost its image and everrybody from JNU was branded anti-national on social media that has been hijacked by pro-BJP elements. It may take decades for the prestigious university to return to normalcy. More than that, the venomous attacks by those who fail to see the other side of the coin has made them targets to anti-social elements easily elsewhere.

Thirdly, India has lost its core intellectual support. Now, no dissent will be heard in the country except in parliament, lest they are protected by the Constitution. All those who hold no immunity are made to be silent or face consequences. As Delhi Police ex-commissioner of Delhi, BS Bassi, said, students have been taught a “lesson” and the rest of the country watched in horror and disbelief. It has worked to silence dissent among the students out of fear, not out of conviction. Silenced JNU may take years to open up again and to reverberate with intellectual debates.

Kabali TV Trailer in Telugu Fails to Entice Viewers, Why?