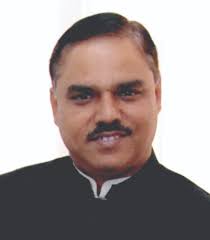 A registered lawyer with the Delhi Bar council, Jitender Singh Tomar is just an icon of ambition to succeed in life bereft of the means. Many have chosen similar journey to fame and success in Indian politics but few of them stumble earlier than others.

Nobody in AAP could have cast an eye on scrutinising his certificates when he was given a party ticket as he was already a Congress Party activist. When he contested the 2013 elections, he lost by a small margin of 2,809 votes but in 2015, won hands down defeating the sitting MLA by a ten times the margin.

The choice of making him a cabinet minister of law and justice by Chief Minister Arvind Kejriwal raised no eye brows until the fake degree complaints hit the news headlines. In his election affidavit, Tomar claimed that he obtained his LL.B. degree from Bishwanath Singh Institute of Legal Study College, Munger, affiliated to Tilka Manjhi Bhagalpur University, Bihar.

His detractors moved the Delhi High Court challenging his education claims on the basis of an RTI inquiry. Initially, it was alleged that his B.Sc. degree from Avadh University was fake and later another allegation came that even his law degree from Tilka Manjhi Bhagalpur University was also fake. But the Institute of Legal Studies, Munger filed an affidavit before the Delhi High Court in May claiming that Tomar was a “bonafide student”, not confirming the results though.

Though the allegations came before he was sworn-in, AAP chief Arvind Kejriwal blinked and went ahead making him the minister of law and justice, belittling the possible adverse effect it would have on the party’s credentials and its sworn fight against corruption in the country. What happened was everybody’s knowledge as the Delhi High Court issued notices and the Tilka Manjhi Bhagalpur University submitted its inquiry report to the Court saying there was no record of his law degree.

When the Bar Council gave a written complaint, the Delhi Police moved swiftly and AAP was at the receiving end in the entire fiasco. Armed with enough evidence, Delhi Police arrested Tomar and even got 4-days remand by a court to detain him for questioning. Though, Tomar resigned as Law and Justice minister, the lesson is quite simple. Law will take its course but certainly catch up with all, including its own ministers.

Delhi Chikungunya: Why Even Centre Hospitals Not Ready?