Japan to have Google Alerts on earthquake info now

Google Search, Google Now and Google Maps will soon be available in Japan, which has on record nearly 5,000 earthquakes a year.

Though Japan is more prepared than any other country to face such disasters, its crisis preparedness and response information will get further enhanced with Google products made available this month onwards.

Relevant earthquake and tsunami warnings for Japan will now appear on Google Search, Google Maps and Google Now during a time of crisis. “If a major earthquake alert is issued in Kanagawa Prefecture, for example, the alert information will appear on your desktop and mobile screens when you search for relevant information on Google Search and Google Maps,” wrote Yu Chen, Partner Technology Manager.

Here’s how the alerts work: 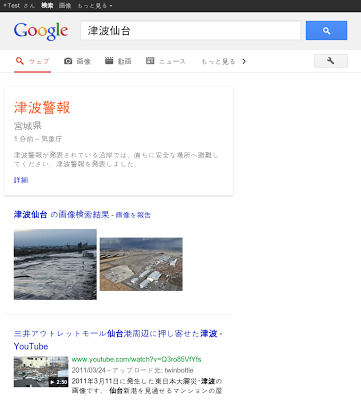 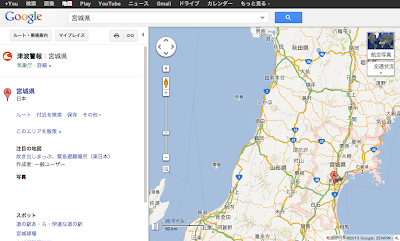 Example of a tsunami warning on Google Maps

If you click “詳細” (“More info”) right under the alert, you’ll see more details about the announcement, including the full description from the Japan Meteorological Agency, a link to their site, and other useful information like observed arrival times and wave heights for tsunamis. 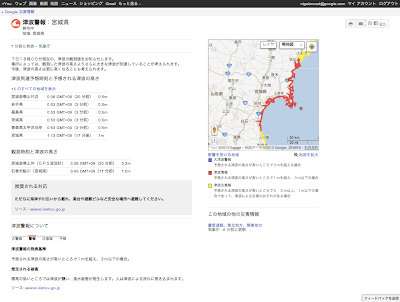 Example of how a tsunami alert would work in Fukushima

And when you open Google Now on your Android device, recommended actions and information will be tailored to where you are. For example, if you happen to be in Tokyo at a time when a tsunami alert is issued, Google Now will show you a card containing information about the tsunami alert, as well as any available evacuation instructions: 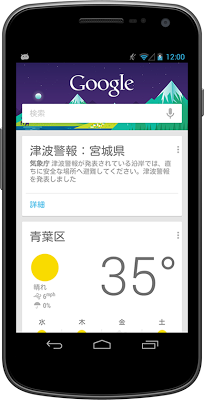 Example of a tsunami warning card on Google Now

Google has joined hands with the Japan Meteorological Agency, whose publication of data enables Google and others to make critical and life-saving information more widely available.

Further, Japan Google has partnered with 14 Japanese prefectures and cities, including seven from the Tōhoku region, to make their government data available online and more easily accessible to users, both during a time of crisis and after. The devastating Tōhoku Earthquake struck Japan only two years ago, and the region is still slowly recovering from the tragedy.