Japan’s Upper House passed the special bill on Friday, paving the way for Emperor Akihito to step down and pass the throne to his eldest son, Crown Prince Naruhito, a week after the bill was passed by the lower house.

Once regarded divine power, the oldest monarchy of Japan will undergo another major change with the passage of the Special bill to let the current aged Emperor Akihito to abdicate the throne for his Oxford-educated son and Crown Prince Naruhito.

After the defeat in World War II, Japan’s then Emperor Hirohito denounced “the false conception that the emperor is divine”. Later, he had sent his son Akihito to study in western education, manners and customs.

True to his education, Akihito deviated from the tradition and married a commoner, Michiko, sending shockwaves across the Japanese people. Whether commoner or a diplomat, all wives of thye royalty have faced immense pressure to follow the Royalty rules, which have put them to isolation and some times depression. 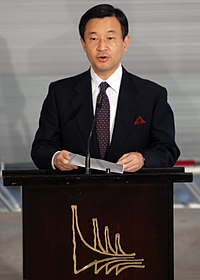 Japan Crown Prince Naruhito will become the next Emperor, heralding a new era as per tradition

Dating back to 600 BC, ascending the Chrysanthemum throne, Crown Prince Naruhito and his former diplomat wife Masako Owada will usher in a new era from the date of their ascension to the throne which is slated towards the end of 2018.

Distancing himself from the tradition, Emperor Akihito in a rare TV address to the nation in August 2016, said, “I am concerned. It may become difficult for me to carry out my duties as the symbol of the state with my whole body and soul as I have done so far.” He had already undergone one heart surgery and once surgery for cancer.

With Emperor Akihito pushing for reforms in the monarchy, the Oxford-educated Naruhito and his wife may further take it to the next level making the stress levels on Royal members relatively eased. Once on throne, Crown Prince Naruhito need not look at roads as he once rued but walk along them or drive his way to reach the other world and mix with people more comfortably.