Is Google Up To Something with Penguin Overhaul ? Is it Underway Already? 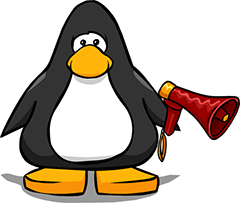 It is more than two years since Google updated its Penguin in a big way except for minor updates which continue to torment many websites and jack up traffic for some in a splash but bring them down too in a big way sonner than later.

The next big Penguin major update by Google is long pending but with no confirmation, the SEO operators are already misusing the threat to many websites by providing a safety valve or a quick fix for more money. Whether Google sends out Penguin Next now or later, many websites are already running from their safety cover to find ways to meet the sudden decline in their web traffic. Especially, Google News is impacting many major websites with their traffic almost halved in the last two months.

According to search Engine Round Table, Google’s John Mueller implied they would do a Penguin update soon. In his Google+ hangout on March 13, 2015, he told a quiestioner:”I don’t think we’d pre-announce it but if this is something bigger that happens that people have been waiting for we will try to confirm it.”

Frustrated SEO guys and innocent and almost ‘driven out of business’ websites may be cursing Penguin update, but seroundtable.com says “there has not been a Penguin update since early December and it is unclear when the next one will happen.”

Fearing Panda updates with more frequency within a month in the past, there is no way many websites can survive Google search-driven web traffic if Penguin updates happen more frequently than before.