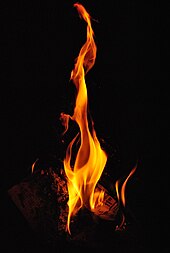 As India celebrates International Women’s Day on March 8, the sad news of the death of a teenaged girl who reportedly told the police that she was set ablaze by two stalkers in her neighbourhood in Eluru, West Godavari district of Andhra Pradesh has dampened the spirits of women’s day.

The 17-year-old girl was a second year student of Intermediate and was admitted to the hospital with third degree burns on Saturday but she succumbed to burns within hours. Though the girl told the police that she was set afire by her stalkers, police are investigating the angle that the bathroom door was locked from inside and that she was reportedly scolded by her father for being stalked. Some newspapers have attributed the change in statement to pressure on her by the family members.

The talkers are brothers and the younger one had reportedly been stalking her and when she told her father, they went to the police to complain. The younger one was her former classmate and is a minor.

The police told NDTV that she had initially told the doctor that she had herself set fire but reportedly changed her dying statement to the police in which she alleged the brothers for setting her ablaze, which the police suspect could be because of her family pressure. The police said the bathroom was bolted from inside and indicated that it was forced open or an attempt was made to break it open.

“We will seek legal opinion before deciding under what sections of law the two accused should be booked,” said the district Superintendent of Police to NDTV.

The story of the teenaged girl is that she had been stalked by several boys in her college and apparently she had stopped going to the college for some time. Back home, she could not escape the torture when her former classmate began to harass her in the name of love. The stalker, a minor himself, was accompanied by his elder brother Pedda Vikki, she said in her statement.

Her parents Satya Narayana and Venkateshwaramma told the police that they had gone to the field in the morning on Saturday and when they returned home in the Chatuparri village, they found their daughter in the bathroom with burns and soon took her to a hospital in Eluru. The girl told the police in her statement that she had been harassed by the two brothers in the neighbourhood for some time.

On the day of the incident, the two brothers entered her house and pushed her into the bathroom and set her afire, she said in her dying statement to the magistrate. She also said that the minor stalker’s mother had asked her to marry her son some time ago. The District SP Bhaskar Bhushan said they are investigating the case in all angles and two police teams have been dispatched to search for the culprits.