Google Self-Driving Car Gets Green Signal, What Next?

Google has announced that its prestigious and ambitious self-driving vehicle prototypes have been given green signal by the authorities in the US and that it would hit the roads of neighborhood in Mountain View, California soon.
When Google started designing the world’s first fully self-driving vehicle, its goal was a vehicle that could shoulder the entire burden of driving with intelligent vehicles taking us from point A to point B at the push of a button, replicating the dream of mobility for millions of people.
Plus, the self-driving car was designed to reduce 94% of accidents due to human error, reclaiming the billions of hours wasted in traffic, or bringing everyday destinations and new opportunities within reach of those who might otherwise be excluded by their inability to drive a car.Though the project is meant for developed and matured traffic users that is not suitable for overcrowded Indian roads, Google was able to make a headway and got the green signal from the authorities for its prototype vehicles, setting the stage for its next test on the roads of Mountain View, Calif., with our safety drivers aboard. 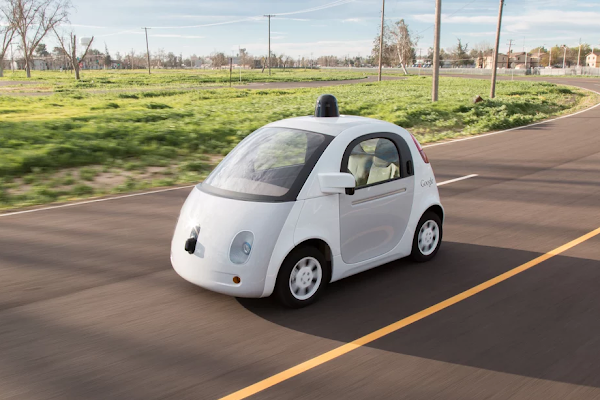 Our safety drivers will test fully self-driving vehicle prototypes like this one on the streets of Mountain View, Calif., this summer, says Google.

“We’ve been running the vehicles through rigorous testing at our test facilities, and ensuring our software and sensors work as they’re supposed to on this new vehicle. The new prototypes will drive with the same software that our existing fleet of self-drivingLexus RX450h SUVs uses,”  said Google on its official blog post.

So far, its fleet of self-driving cars has logged nearly a million autonomous miles on the roads since the project took off and reached an average of 10,000 miles a week now. So the new prototypes already have lots of experience to draw on—in fact, it’s the equivalent of about 75 years of typical American adult driving experience, claims Google director for the project, Chris Urmson.

Each prototype’s speed is capped at merely 25mph and in the next phase, Google plans to remove steering wheel, accelerator pedal, and brake pedal that allow self-drivers to take over driving if needed. “We’re looking forward to learning how the community perceives and interacts with the vehicles, and to uncovering challenges that are unique to a fully self-driving vehicle—e.g., where it should stop if it can’t stop at its exact destination due to construction or congestion,” says Urmson.

Google is also planning in the coming years to run small pilot programs with the prototypes to learn what people would like to do with vehicles like this.
Google green signal mountain view roads next phase prototypes removable steering wheel self-driving vehicles successful 2015-05-16
Narsing Rao Sridhar