The Internet is abuzz on April Fools’ day  with the gags and laughs reaching a whole new level, with searches for the best pranks and jokes topped more than 200,000, with Petco’s dog selfie stick and Cottonelle’s toilet paper for the left-handed earning top honors from the media.

Even Google’s own “PAC-Maps” got the web chomping—searches for the game soared to 2 million.

The trending comedian Trevor Noah, who was introduced as the new host of The Daily Show received massive adverse reaction the Twitter, criticizing  the decision since his old jokes on twitter resurfaced on the news.

Interestingly, some tweets called the decision anti-semitic and sexist, while some have threatened to boycott the show. But not everyone is out with their opinion. The network is standing by their choice while others are labeling the tweets a case of bad jokes but either way, searches for the comedian hit an all-time high, says Jenise Araujo, Communications Associate og Google who has put out the search trends for the week.

Easter-related searches, otherwise, topped the list this weekend with people turning to the web to look for desserts, recipes and activities to celebrate the holidays. Searches for Easter-related topics like egg hunts, the Easter bunny and Easter brunch trended across the US.

Moving ahead, many people wore the lightest blue this past Thursday to mark Autism Awareness Day, which made it to the top 10 on the search charts that day. 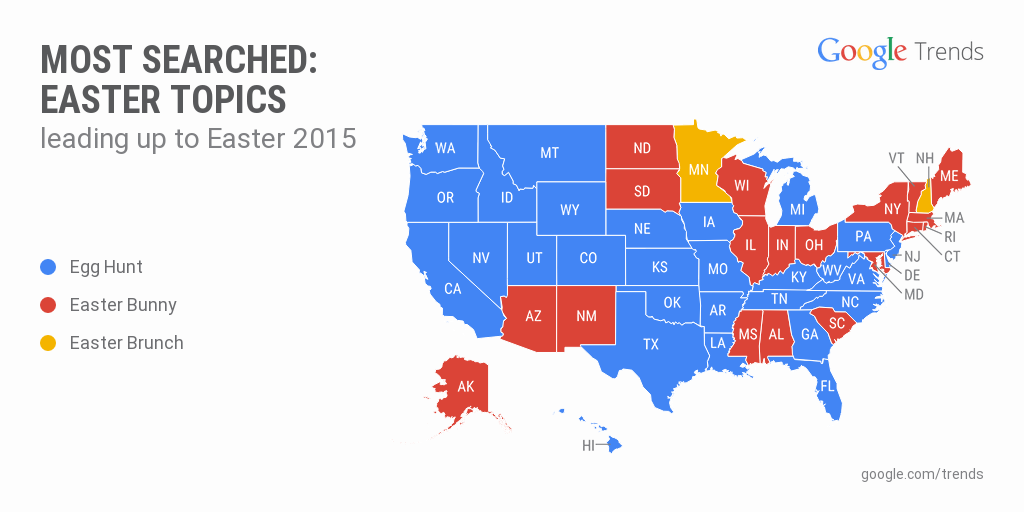