The last week of April was filled with events after Nepal quake and its aftermath, Mayweather rearing to go for Manny Pacquiao for fame as the British royal birth did not evoke similar enthusiasm as the first one in Google searc trends.

Google’s managing editor Emily wood said,”This week was a sobering one on search and worldwide, as people looked for news out of Nepal and read up on the demonstrations in Baltimore. But as we welcome the month of May, searchers are also gearing up for a weekend of superheroes—in the ring, on the track and on the big screen.”

All eyes on Nepal and Baltimore
People around the world came to Google for information about the devastating earthquake that struck Nepal this week. The 7.8 quake killed more than 6,000 people, triggered an avalanche on Mount Everest and destroyed several historical sites, including Katmandu’s Durbar Square. As rescuers continue to look for survivors, searchers turned to Google for news about the relief efforts and to ask questions about how to help, including: “How do I volunteer in Nepal?” and “Where can I donate to Nepal?” See the scope of the world’s response to the tragedy in this visualization:

In the U.S., a crisis of a different kind erupted in Baltimore this week. Starting last Friday, people protested in the streets in response to the death of Freddie Gray, an African-American man who died on April 19 while in police custody. As demonstrations intensified on Monday and Tuesday, officials imposed a curfew and called in the National Guard. Searchers around the country turned to Google with their questions about the events, including: “Why is there a curfew in Baltimore?”, “What is the National Guard?” and “What happened to Freddie Gray?” And we saw big spikes in searches for topics like martial law, Baltimore Sun,Mondawmin Mall and the Baltimore Orioles.

The Sport of Kings and the Sweet Science
Tomorrow, 20 racehorses will line up for the 141st Kentucky Derby, but oddsmakers are insisting this is really a two-horse race between heavy favorites American Pharoah and Dortmund. Search interest in horse racing spiked 4X in the last week, with the Derby appearing in Hot Trends three out of the last four days. People are also turning to search to gear up for the festivities: interest in dress hats has spiked, and searches for [mint juleps] have spiked 4X. 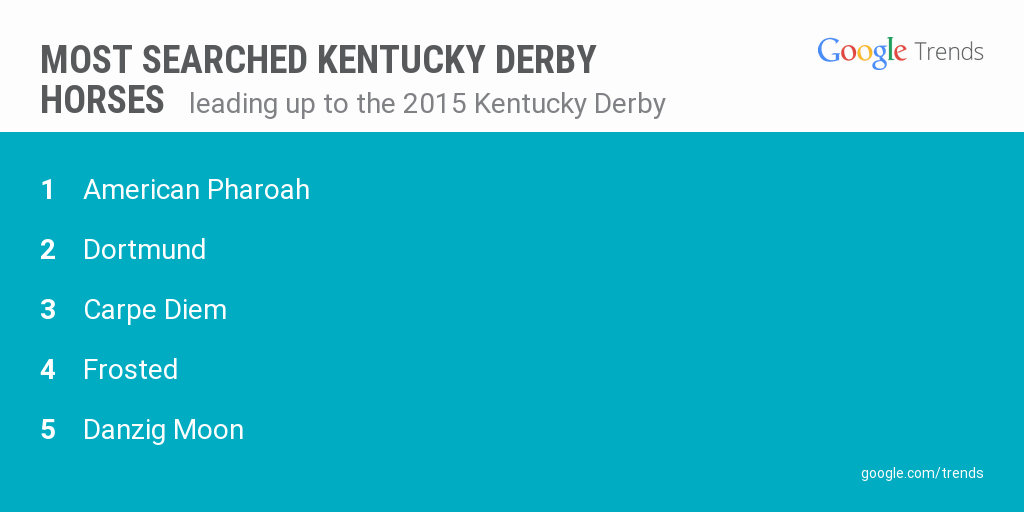 After American Pharoah and Dortmund’s battle for the roses, two other fierce opponents will go nose to nose: the hotly anticipated fight between Floyd Mayweather and Manny Pacquiao takes place Saturday night in Las Vegas. The boxing match is being called the “fight of the century” with a reported $300 million at stake. As people get ready for the fighters to put their gloves on, they’re turning to search to answer questions like “Where can I watch the Mayweather-Pacquiao fight?” and “How much will Mayweather make from the fight?” So far, Mayweather, who is undefeated, is winning the match in search—he’s being searched for more than Pacquiao in all U.S. states except Hawaii. 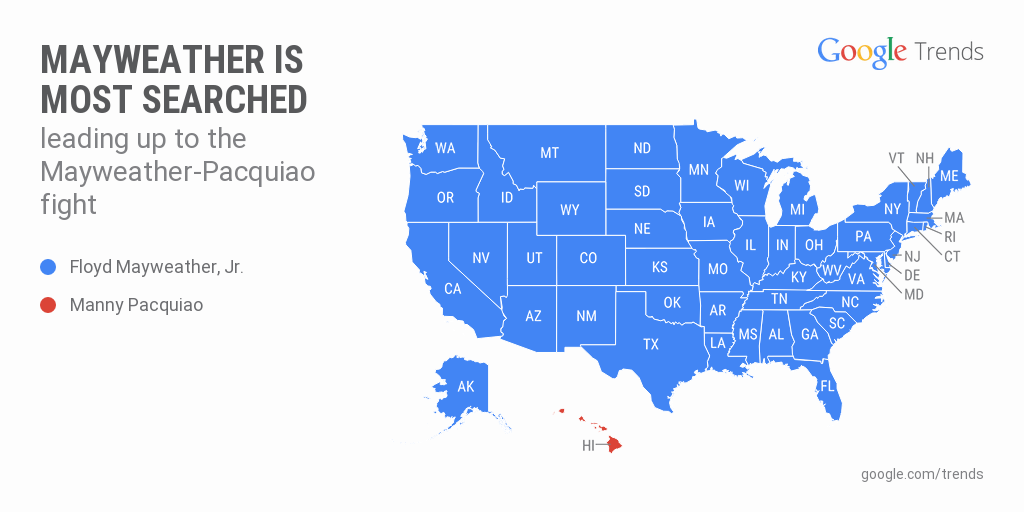 A cast of characters
The blockbuster “Avengers 2: Age of Ultron” has finally hit theaters, and people are turning to Google to find information about their favorite superheroes and where to see them in theaters. There were more than 500,000 searches for the movie on Thursday, and early box office estimates suggest that fans are putting their money where their searches are. Take a look at the top searched characters from the movie: 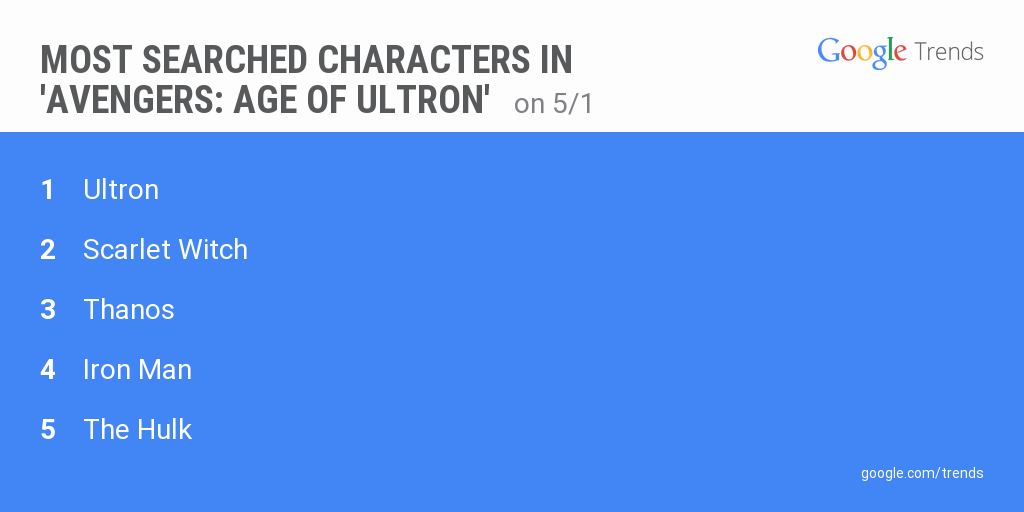