Facebook Inc, which has introduced news features a year ago is realizing that news domain is not fair and often misused by “hoax” perpetrators spreading them like viral all over its massive 1.35-billion member-base of online social network.

The company has announced that it will introduce a feature allowing Facebook users to flag a story as “purposefully fake or deceitful news” to make it a hoax and its removal from its online news base. Fake news have taken over Facebook virtually making its original news content from serious players redundant. 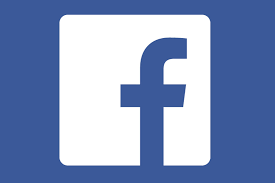 The new “hoax” algorithm will determine how widely such posts are distributed and restrain its circulation instead of removing it altogether. In addition, those “satire” news, which have become part of the news of late will be retained as long as they are marked “satire” news.

“A post with a link to an article that many people have reported as a hoax or chose to delete will get reduced distribution in the News Feed,” said Facebook in a statement.

Facebook has emerged as a popular news source in the US after Google and nearly caters 30 percent of adults, according to a 2013 study by the Pew Research Center in collaboration with the John S. and James L. Knight Foundation.

However, some hoax stories like dinosaur sightings and proof of Santa Claus have gone viral but proved hoax stories or fake ones meant for hits using the Facebook platform. Facebook said “satirical” content will not get affected as long as they are clearly marked.

News on Shawna Pandya as NASA’s Next Astronaut Turns Fake

Move Over RBI, Banks on Their Own Now Ban Exchange for 1 Day