The Defence and Research Development Organization (DRDO) has successfully flight tested the Smart Anti-Airfield Weapon (SAAW), from an Indian Air Force (IAF) aircraft to fire at ground level targets with a precision of up to 100-km range, matching the US capability to develop similar air weapons.

SAAW, an indigenously designed and developed 120 kg. class smart weapon, developed by DRDO, is capable of engaging ground targets with a light weight high precision guided bomb is one of the world class weapons systems.

The captive and release trials were tracked by Radar and Telemetry ground stations at ITR during the entire duration of the flight. The performance of all systems were satisfactory with all the mission objectives achieved.

SAAW has been developed by DRDO for the IAF with which India has reached a platform higher than even the United States, the only other country in the process of developing these kind of precision-guided glide bombs has failed to successfully test the same. 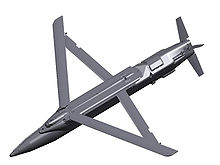 Small Diameter Bombs of US

US tried to develop these Small Diameter Bombs (SDB) weighing about 110 kgs two years ago but failed to take off still though two different companies have been entrusted with the task. Israel is another country trying to make these weapons.

India’s SAAW is a long-range, precision guided Air to Surface weapon and can be launched from
Jaguar and Su-30 aircraft to be integrated to the French Rafale aircraft later.

Secretary, Department of Defence (R&D) & Chairman, DRDO, Dr S. Christopher, congratulated DRDO and the IAF teams for the successful mission. Scientific Advisor to RM and DG (Missile and Strategic Systems), DRDO, Dr G. Satheesh Reddy, lauded the scientific community of the DRDO for their efforts towards the design and development of this state-of-the-art smart weapon within the set time frame.

Meet Ahead of AERO India 2017 Opens in Bangalore