California’s Carlsbad construction site has turned into a fossil treasure with 200,000 years old 500 fossils unearthed, some of them the oldest known in the world.

The current site, where 600 houses are proposed to be built, has stalled its work in view of the fossil treasure since July this year. The fossils include teeth from what could be the biggest prehistoric shark that ever lived, measuring close to 40 feet and a bison’s face with horns.

More than 500 fossils were unearthed in this area in the last few decades dating back to the dam construction days in Silicon Valley of California. 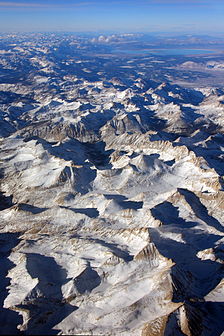 Paleontologists realized that the teeth belonged to an animal called the Desmostylus, which is a long-extinct hippo-like creature, as well as an entire ancient whale skeleton. These fossils are 20 million years old, said Paleontologist Jim Walker.

Since 2011, workers have found nine whale skulls while digging building a new 220-foot-high dam at Calaveras Reservoir in the remote canyons east of Milpitas. A huge inventory of 529 types of fossils were found and 168 of them are vertebrates, such as sharks; 267 are invertebrates, such as scallops, 39 are plants, such as fossilized pine cones; and 55 are other ancient items, from animal tracks to burrows.

California is believed to have undergone geologic upheaval during the Mesozoic era when the Sierra Nevada began forming. Mesozoic California hosted both marine and terrestrial creatures and its seas were home to a variety of marine invertebrates and marine reptiles.

The flora included plants such as conifers, cycads, and ginkgoes. Radiolaria were widespread in California during the Jurassic period as some of the best fossilized specimens were found in the Stow Lake area and Strawberry Hill in Golden Gate Park.

In California, the La Brea fossils were found in 19th century and excited paleontologists from around the world. Paleontologist Jim Walker, who is there for decades, said, “We started finding fossils here before construction even started… It was exciting. We were finding scallops, and I said, ‘I want to get a whale.’ And we did.”

A prehistoric bison, the second one ever discovered in San Diego County, was found along with bones of mammoths, turtles, and even horses.