As CIA tortures report on 9/11 suspected prisoners in places like Afghanistan and Eastern Europe propels itself into a new version with former US Vice-President Dick Cheney claiming that President George Bush was aware of it, setting aside all speculations that they were secret and even the Oval Office was kept outside of the know-how.

The 500-page report on CIA tortures was released by the Senate on Tuesday but claimed that the Bush administration was either misled and had no proper information about the goings-on inside the secretly held ‘black sites’ where al-Qaeda suspects were tortured. 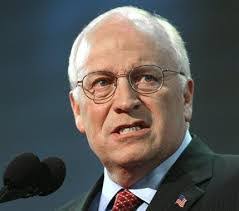 Participating in the Fox News show ‘Special Report with Bret Baier,’ Dick Cheney called the report “full of crap,” and “terrible piece of work” and “deeply flawed” and added that it was perhaps the urgency for information that led to the interrogation methods used to get the truth out.

Cheney has admitted that he has not read the entire report but defended the methods like waterboarding and rectal hydration used to interrogate the 9/11 suspects.

“What are you prepared to do to get the truth against future attacks against the United States?” Cheney said and quickly added, “I think he (President Bush) knew everything he wanted to know and needed to know.”

Cheney’s version will now set to rest claims in the media that nobody briefed President Bush nor visited the Oval Office to discuss the dark ongoings at Afghanistan and Eastern Europe, where these ‘black sites’ were held.

The Senate report details some torture methods employed by the CIA like simulated suffocation, baths in frozen water, sleep deprivation for over a week, rectal feeding and hydration, leaving aside regular death threats, rape threats of their family women and abuses.

China and North Korea have jointly expressed their shock ridiculing the US agency torture tactics. State-run Xinhua news agency ran an editorial saying the high-profile cases of violations within American borders and outside by its agencies “are being scrutinised, especially as it pertains to be a defender of civil liberties globally.”

The Chinese reaction was backed by North Korea, which has been accused several times in the past for human rights violations by the UN. “If it (UN Security Council) wants to discuss the human rights issue, it should call into question the human rights abuses rampant in the US,” a report in North Korean official KCNA news agency said quoting officials.

“This is not how Americans should behave. Ever,” wrote the Washington Post in its editorial titled “The horrors in America’s ‘dungeon’ should never have happened”.

‘Bahubali 2’ Inching Towards Rs.2000-Crore Mark as ‘Half Girlfriend’ and ‘Hindi Medium’ Prove Non-Starters

Why Deepika Too Late to Such Cleavage Show Online? The Inside Story of TOI or Any Online Newspaper!