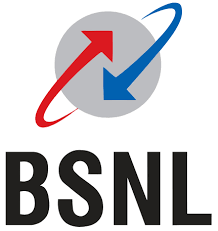 State-run telecom major BSNL has unveiled a clear-shot at its rivals making night phone calls from the landline absolutely free. These calls can be made to any landline or mobile number across the country, irrespective of the provider (Telecom Service Provider).

To be effective from the Labour day on May 1, “This unlimited free night calling shall be available from 9 pm to 7 am,” said the company in its statement. But the catch is that your phone and the recipients’ phone — both should be working. With BSNL phones often going dead, at least once every month, the success rate of this offer depends on how good they keep their worn-out ground lines in tact.

Otherwise, the scheme is expected to see BSNL increase its landline reach both in rural and urban areas, besides landline special plans, major combo plans of landline and broadband.

BSNL has been offering the plan as Airtel took over lead in providing fixed line customers in February for the state-run enterprise that revels at delayed service and non-competitive spirit in the market.

Despite several complaints, BSNL has failed to live up to the market standards with its complaints register proving futile.

BSNL had 1.66 crore landlines as of February, lost about 162,556 customers and has a share of 62.26%. Like Air India, BSNL too proved a white elephant with its infrastructure and workforce taking away huge cut in earnings, while the services remained lukewarm in many metros.

They served only ministers and the government machinery to keep themselves afloat as was made evident in Maran 2G case probe when they diverted all their paraphernalia to the then telecom minister’s premises at the cost of the common man.

Despite automation, one major complaint against BSNL is that the users have to repeatedly register complaints as they are know to close them unilaterally, without even attending on them, let alone confirm it from the user’s side.