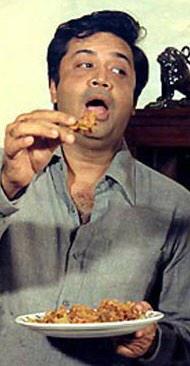 Veteran Bollywood actor Deven Verma, who was known for roles in films like “Angoor” and “Khatta Meetha”, died in Pune early on Tuesday following a heart attack and kidney failure, family sources said. He was aged 77.

He is survived by his wife Rupa Ganguly, the younger daughter of the late legendary actor Ashok Kumar. Verma breathed his last around 2 a.m. at his home in Pune, the city of his birth from where he graduated in politics and sociology before joining the film industry.

The actor also featured in movies such as “Angoor”, “Chori Mera Kaam”, “Andaz Apna Apna”, “Bemisal”, “Judaai”, “Dil To Paagal Hai”, and “Kora Kagaz”. His funeral will be performed on Tuesday afternoon at the Yerawada crematorium.

Prime Minister Narendra Modi  was among those who condoled the death of veteran actor and filmmaker Deven Verma, saying he was “admired by film lovers”.

Rip #DevenVerma sir had the privilege of working with him on a show I wrote & produced maamla gadbad hai.. A complete gentleman and gem !!