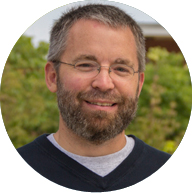 At its core, chemotherapy to treat cancer is a matter of poisoning the patient and hoping the cancer dies before the patient does.

Binghamton University biochemist Brian Callahan has discovered a new way to fight cancer, one that attacks only the cancer cells and promises fewer side effects.

He hunts hedgehogs. No, he’s not Elmer Fudd.

Hedgehogs are proteins that help govern how cells develop. Normally, once a person reaches maturation, the hedgehogs turn off. But in some cancers — prostate, pancreatic, ovarian and lung in particular — the hedgehogs somehow turn back on, and force uncontrolled cell growth: cancer.

“Pharmaceutical companies have been after hedgehogs for years,” says Callahan, an assistant professor of biological chemistry. One in particular, Erivedge, binds with the same receptors that hedgehogs activate, blocking the cancer development.

Callahan recently published two papers, one about zinc and hedgehogs in the May edition of the Journal of Biological Chemistry,and one about phenylarsine oxide in the January edition of Chembiochem, in partnership with researchers from Rensselaer Polytechnic Institute.

But before you start sucking on pennies or drinking phenylarsine oxide — an arsenic compound that will pretty effectively ruin your liver and kidneys — keep in mind that Callahan hasn’t discovered the medicine, just the method.

“It’s a proof of concept,” he says of his Department of Defense-funded work. “We can, with a small molecule, prevent the hedgehog from functioning. We think they bind a little differently. The arsenic seems to bind more tightly; it seems to be much more potent.”

The next step is a partnership with Michelle Arkin, an associate professor at the University of California San Francisco’s School of Pharmacy. During the next year or so, her lab will mirror Callahan’s first experiments with 80,000 or so compounds in its library.

“We’re looking for molecules that inhibit the functions that Brian found,” Arkin says. She expects a hit rate of between 0.1 percent and 0.5 percent — or maybe 100 or 200 compounds.

“There will be a lot of chemistry, a lot of tweaking,” Arkin says. “What we’ll get out of this is a puzzle piece,” an idea of a molecule that disrupts the hedgehogs without causing undue side effects.

The best candidates will be tested in lab animals, probably sometime in 2017, Callahan says. After that? It’s a matter of where the science leads.

“We want to get to molecularly targeted therapy,” Callahan says. In essence, a magic bullet that kills the cancer and not the patient.

Callahan does warn of one unavoidable side effect, though: Hedgehogs also govern hair growth. Turn them off, and the patient’s hair will fall out. Wascally hedgehogs.