Belgium Wakes up to French Ire, Decides to Crackdown on Terrorist Hideouts 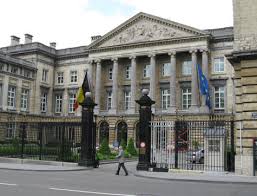 Rejecting French critics for harbouring terrorists for long in its Molenbeek and elsewhere in Brussels, Belgium woke up to the reality and vowed to crackdown on terrorist hideouts and allocated an extra 400 milliion euros.

Announcing this, Belgian Prime Minister Charles Michel told parliament that the government would introduce laws to imprison Islamist jihadists returning from Syria, and ban hate-mongerers and close down illegally run mosques and other places of worship in view of the Paris bombings last friday.

“Also I don’t accept the criticism seeking to disparage our security services, who do a difficult and tough job,” Michel said pledging his government’s help to France to crackdown jihadists in his country.

French President Francois Hollande blamed Belgium squarely for sheltering terrorists in its backyard who had carried out the bombings on Paris, in which 129 people were killed and humdreds injured.

Intelligence officials have repeatedly cited Belgian group Sharia4Belgium for vouching jihad , able to speak out in public for years until the country’s largest terror trial starting in 2014 resulted in conviction of its members for recruiting fighters to go to Syria.

“Religious freedom is guaranteed by the constitution but places of worship cannot become places to spread jihadism,” Michel told parliament announcing series of measures to curtail jihadi networks and their activities. To begin with, he said buying mobile phone cards anonymously will not be allowed any more and police can launch house searches unannounced at any time of the day or night.

The Brussels district of Molenbeek, which has been at the center of post-bombing chase by the French police, will now come under unprecedented scrutiny. Besides, France is pressurizing the European Union to agree to its request to maintain a database of airline passengers and also those taking high-speed trains.