Antibiotics may give rise to more harmful bacteria, warns biologist

Antibiotics have been giving way to resistence to bateria and the past three decades have seen many malaria, typhoid and tuberculosis diseases returning resistent to known drugs.

Now reserchers say besides fighting infections, some antibiotics may also give rise to harmful new bacteria.

Elizabeth Shank, biologist at University of North Carolina at Chapel Hill, says that antibiotics can sometimes have side-effects, like stimulating ‘biofilm’ formation.

The researchers have shown that this is not a side-effect but suggest that bacteria may have evolved to produce antibiotics in order to produce biofilms and not only for their killing abilities.

Biofilms are communities of bacteria that form on surfaces, a phenomenon dentists usually refer to as plaque in the mouth.

Biofilms are found everywhere in the body and in many cases, they can be beneficial, protecting plant roots from pathogens. But they can also harm when they form on medical catheters or feeding tubes in patients, causing disease. 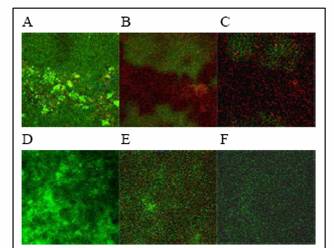 Bacterial biofilms are responsible for several chronic diseases that are difficult to treat like cystic fibrosis, endocarditis, cystitis, and infections caused by indwelling medical devices.

Biofilm bacteria show much greater resistance to antibiotics than their free-living counterparts is the penetration barrier that biofilms may present to antimicrobials.

Taking cue from this, researchers suggest that antibiotics can independently and simultaneously induce potentially dangerous biofilm formation in other bacteria and that these activities may be acting through specific signalling pathways.

“It has generated further discussion about the evolution of antibiotic activity, and the fact that some antibiotics being used therapeutically may induce biofilm formation, which has broad implications for human health,” Shank said.

The study has been published in the journal Proceedings of the National Academy of Sciences.

Why Swine Flu is Fast spreading in Gujarat, Elsewhere?

Nobel Laureate Warns Against Overuse of Antibiotics Even for Minor Ailments