Approximately 30 % of breast cancer patients receive chemotherapy, yet little is known about influences of current regimens on circulating lymphocyte levels and phenotypes. A new study showed that breast cancer survivors treated with chemotherapy could be lacking sufficient antibodies in the body to protect against common illnesses with a weak immune response. 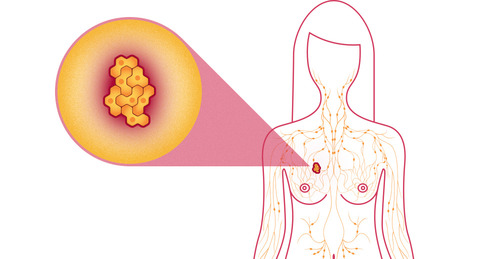 The study sought additional post-treatment monitoring and assess if revaccination would be beneficial.  Chemotherapy is used to treat 30% of breast cancer patients.

Although an effective treatment, delivering an increase in survivorship, post-treatment welfare may deserve additional attention. Many studies have investigated the effects of chemotherapy on our immune system during the therapy itself and up to a short period after the last treatment, but little is known about the long-term impact on immunity.

Measuring the levels of lymphocytes, a group of white blood cells involved in our body’s immune response, and antibodies researchers from University of Leeds and Leeds Teaching Hospitals NHS Trust found that chemotherapy reduced levels of some components of the immune system of breast cancer survivors for at least nine months after treatment. These changes may leave patients vulnerable to some infections, despite having had routine vaccinations for such infections years before.

The researchers investigated the immune system of 88 women with breast cancer. Levels of lymphocytes were measured before and at intervals between two weeks and nine months after chemotherapy. However, there was no pre-chemotherapy data for 26 of these participants.

Levels of all the major types of lymphocytes dropped significantly after chemotherapy. This included T and B cells and natural killer cells, which together defend the body against viral and bacterial infection. The impact of chemotherapy on most lymphocytes was found to be only short term, with recovery to pre-chemotherapy levels by nine months.

However, chemotherapy had a long term effect on B cells (cells that ultimately produce antibodies) and helper T cells (cells that are responsible for helping antibody production), both of which only partially recovered to around 65% of initial levels in the first six months did not continue to recover after a further three months. Levels of antibodies against tetanus and pneumococcus (the bacterium that can lead to pneumonia) also were reduced and stayed low even after nine months.

Smoking also appeared to slow down the recovery of some immune cells with levels in smokers reaching only half pre-chemotherapy levels after nine months compared to 80% in non-smokers.

Researcher, Thomas Hughes, from the School of Medicine at the University of Leeds says: “We were surprised that the impact of chemotherapy is so long lived. We were also surprised that smoking and choice of chemotherapy agent influenced the dynamics of the recovery of the immune system. We might need to take into account the future immune health of breast cancer patients when planning treatments, but more research is needed to determine whether this would improve patient outcomes.”

This was an observational longitudinal study which means that although it can increase our understanding of the links between chemotherapy, smoking and immune defence, it cannot show cause and effect because other factors may play a role.

The study was published in the journal Breast Cancer Research.

Another Reason to Quit Smoking as It Increases Risk of Breast Cancer: New Study